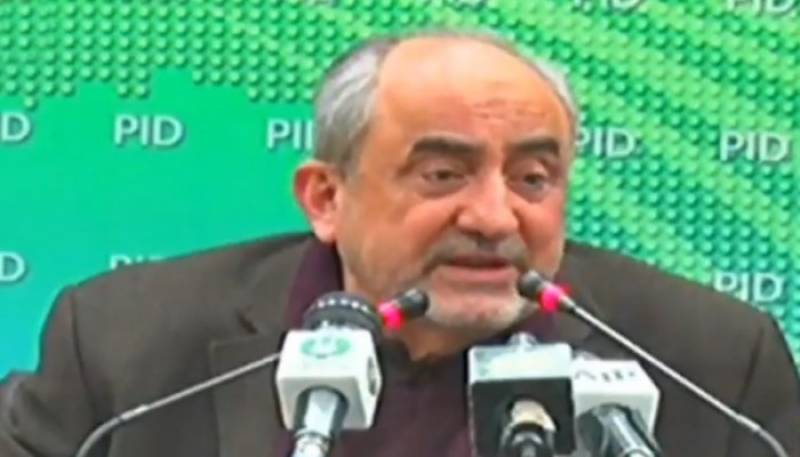 Special Assistant to Prime Minister (SAPM) on China Pakistan Economic Corridor (CPEC) Affairs Khalid Mansoor on Monday said China has given the assurance of high quality and expeditious development of the second phase of the project during the visit of Prime Minister (PM) Imran Khan to Beijing.

Addressing a news conference in Islamabad, he said the leadership of Chinese companies appreciated the environment and facilitation being provided by Pakistan to the Chinese investors during meetings with PM Imran Khan.

Mansoor pointed out that the premier held twenty back-to-back meetings in Beijing during which the Chinese firms showed interest in investment in different sectors including industries, agriculture, information technology (IT), infrastructure, housing, construction, mining, and oil refinery.

SAPM said that a consortium comprising three Chinese companies has submitted a proposal to establish a low carbon recycle plant at Gwadar with an estimated investment of $4.5 billion, adding the park will process and export high-value metals. “This will generate 40,000 job opportunities,” Mansoor said.

He said China will establish a centre for the training of farmers in agricultural mechanisation while Power China will develop the Karachi-Hub water canal.

Khalid Mansoor said one Chinese company has entered into a joint venture with Fauji Fertilizer Company for the production of soya bean and corn. He added the Royal Group company has submitted a proposal to establish four large-scale buffalo farms in Pakistan where it will process milk and prepare value-added products.

SAPM said that a big Chinese firm has also decided to establish a textile cluster on 100 acres of land, adding that China has also reaffirmed the commitment to the construction of the Karachi Coastal Comprehensive Development Zone with an investment of $3.5 billion.

He told a Chinese company involved in the manufacturing of medical diagnostic equipment has expressed interest to invest $200 million while a Pakistani cellular company has reached an agreement with a Chinese enterprise to lay fibre-optic on an area of 100,000 kilometres. “This will help connect our big cities with optical fibre,” Mansoor said.

He said China also wants to establish a liquefied natural gas (LNG) storage facility at Karachi port with an investment of $500 million.

He added local manufacturing and assembly of mobiles will also be started by China in the science and technology zone (STZ).

SAPM expressed confidence that Pakistan will now steer towards industrialisation which will benefit the economy and create employment opportunities for the youth.