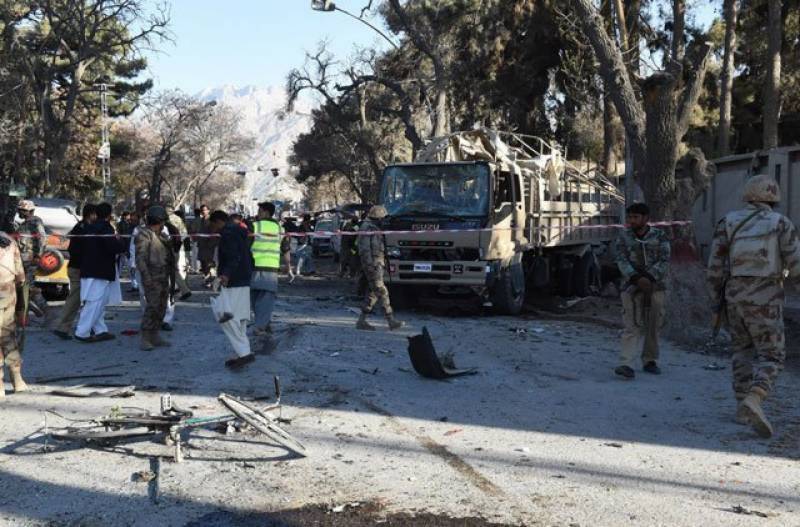 Reports in local media said two FC personnel, who were on routine patrol, were injured in a blast near Sariab Road early Monday.

The explosive device was reportedly mounted on a motorcycle which was parked on the side of the road. It was detonated as the law enforcers approached the site.

Officials said the injured personnel have been shifted to the FC hospital. Later, a bomb disposal squad and other forces rushed to the site and the area was cordoned off and a search operation was initiated.

Pakistan’s southwestern region has seen a rise in terror attacks since the start of the year. Last week, 13 terrorists were eliminated while seven security personnel, including an officer, embraced martyrdom during armed attacks on two security forces' camps in the province's Naushki and Panjgur districts.