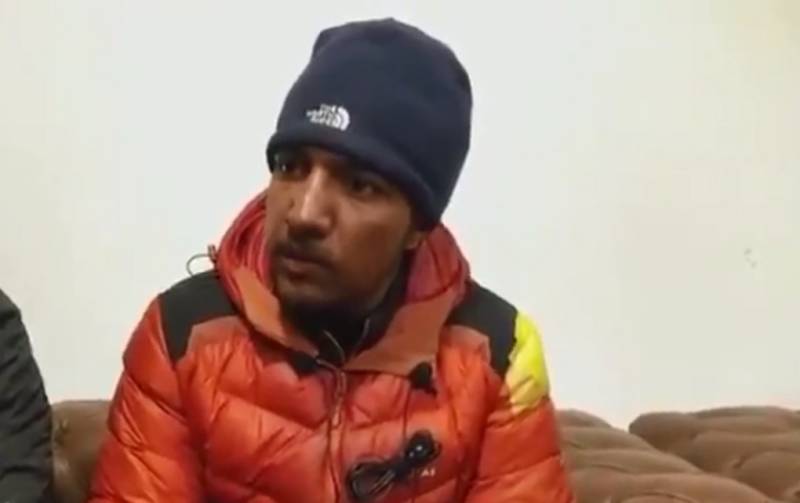 Sajid Sadpara link, the son of missing Pakistani mountaineer Muhammad Ali Sadpara link has said that the chances that his father is alive "are next to none."

In a video message from Skardu, where he arrived earlier on Sunday, Sajid said: "Rescue operations now only make sense if they are carried out to bring back his body. Otherwise, for the chance for anyone to survive at 8,000 metres for two to three days are next to none."

Sajid said that a team of four climbers began their climb at around 11pm-12am on February 5.

"Unfortunately, I was without oxygen and at a height of about 8,200 metres in the winter, I felt like my health is getting affected as well as my mental well being.

"My father said he is carrying another oxygen tank which I should use. But as I began fitting the oxygen mask regulator, it leaked. So I came down," he narrated.

"I believe he summited the peak and was on his way back there was wind as well that night which must have created some problems," he added.

Earlier, the Deputy Commissioner of Shigar had earlier confirmed the safe arrival of Sajid Sadpara link in Skardu.

He said helicopters had searched the area with Sajid and Dawa Sherpa who was leading the K2 winter expedition, up to an elevation of 7,800 metres but "found no clues due to bad weather".