Pakistani Ambassador Munir Akram hits out against India at the UN
7 Feb, 2021 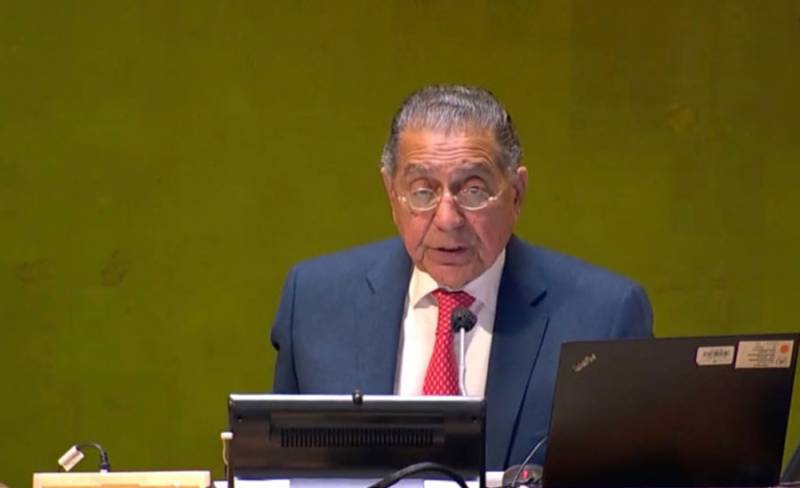 Munir Akram said the Jammu and Kashmir dispute is one of the oldest unresolved issues on the agenda of the United Nations Security Council (UNSC). He also said under international law, the people of Jammu and Kashmir have the right to restore their right to self-determination by any means at their disposal, including armed struggle.

The UN envoy said to justify its oppression, India has sought to portray the legitimate Kashmiri freedom struggle as terrorism.

"Pakistani envoy said the UN and the international community have a responsibility to help resolve the Jammu and Kashmir dispute," he added.