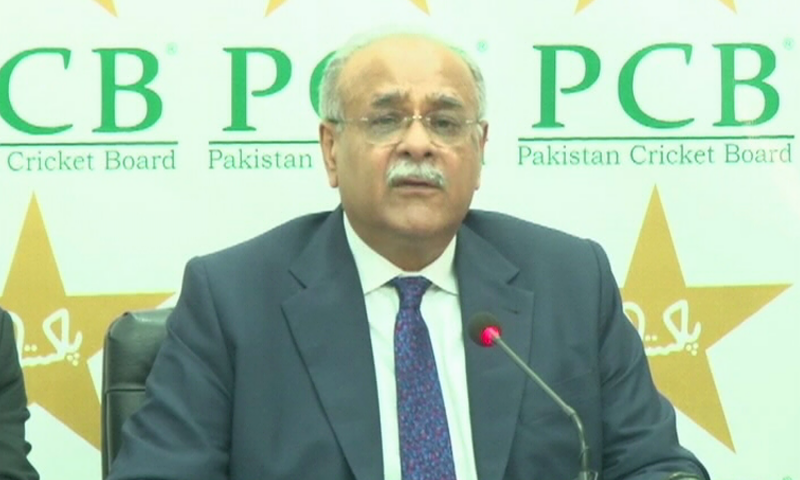 "The foreign team which is a blend of world's known hockey players will be arriving Karachi and will play its first match  at Abdul Sattar Edhi stadium on January 12 ", said Secretary, Pakistan Hockey Federation, Shahbaz Ahmad while talking to APP here on Wednesday.

He said the team will fly to Lahore on January 13 and will play its second match of the tour on January 14.

"We will be arranging grand functions at both ,Karachi and Lahore ",he said adding " Karachi's match will be played under light and the match at Lahore will be a day affair ".

PHF Secretary a special function of nomination of world's former top notch players for the 'Hall of Fame ' will be held on January 12 at Karachi and a number of foreign and home players will be honoured with their induction in the Hall of Fame.

"The prime objective of induction of players in hall of fame is to develop a new culture to give recognition to those foreign and home players who excelled in the game at highest level and we are confident that it will be big step forward to motivate the youth to take up hockey sports and to revive the game in Pakistan ",said Shahbaz, a  former Pakistan hockey captain and most celebrated forward of all times.

To a question, Secretary PHF, said the World XI will be comprising player from Olympic Champions, Argentina, Holland, Germany, Spain and Belgium.He said the tour of the World XI will be a way forward to bring back international hockey to Pakistan and to organize the Pakistan Hockey League in April next year in a befitting manner.

"With the tour of World XI we will be enhancing our organizational capabilities and allied aspects in order to organize the PHL in a professional way ",he said. The World XI will be comprising 5 to 16 players.

Answering a question, he said ,the world XI will be leaving on January 14 soon after playing the match at  Lahore.

"The Government has issued NOC for hosting the World XI and the PHL and we will be generating necessary funds from the sponsors for holding both the events in a trend setting way ",said PHF official. Regarding PHL, Secretary PHF said its matches will be staged at Lahore, Karachi, Faisalabad and Sialkot. "We will be organizing seven to eight matches at every centre and all the matches will be held under lights "."

Hopefully we will be starting PHL in the last week of April ",he said adding " The league will be a major revenue generation venture for PHF and players, drawn in different categories,  will be getting handsome amounts" .

"It will be a new trend in our hockey and it will give new identity to hockey in Pakistan as we  struggling now being at a low ranking of world number 14th ",he added.            "Both the events will portray soft image of the country besides serving the cause of hockey at all levels ", he asserted.