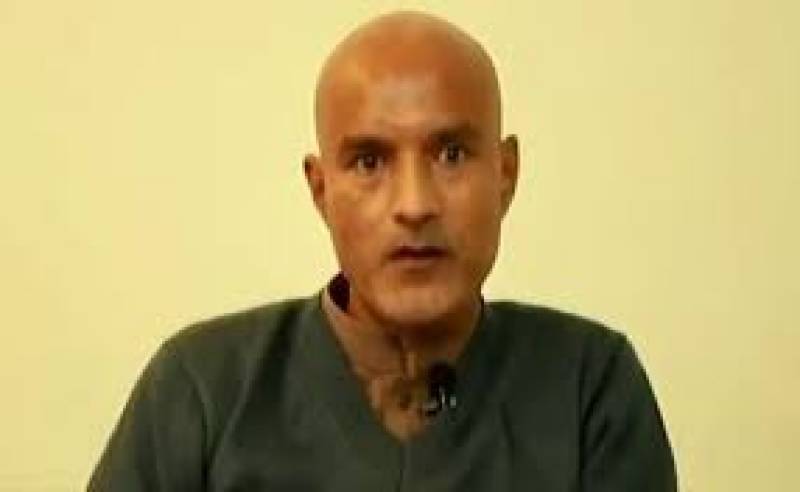 ISLAMABAD- A larger bench of the Islamabad High Court (IHC) was constituted on Friday to hear a government's case seeking appointment of a lawyer for Indian spy Kulbhushan Jadhav.

During the previous hearing, the IHC bench had referred the matter to the chief justice for formation of a larger bench. The court had also issued orders to again offer Kulbhushan and India to appoint their lawyers.

The court also directed the Attorney General for Pakistan to apprise the bench on next hearing on India and Kulbhushan’s reply. The IHC appointed senior lawyers Abid Hassan Manto, Hamid Khan and Makhdoom Ali Khan as amici curiae in the case.

It may be mentioned here that the government has approached the IHC for the implementation of the International Court of Justice (ICJ) verdict in the case of Kulbhushan Yadav. In this connection, the Ministry of Law and Justice filed the petition under a recently issued presidential ordinance.

The petition prayed the IHC to appoint a legal representative for Kulbhushan Jadhav. The federation had been made a party through the Secretary Defense and Judge Advocate General Branch GHQ.

The petition says that Kulbhushan Jadhav had refused to file a plea against the sentence and that the spy cannot appoint a lawyer in Pakistan without India’s help, while New Delhi is also reluctant to avail the facility under the ordinance.