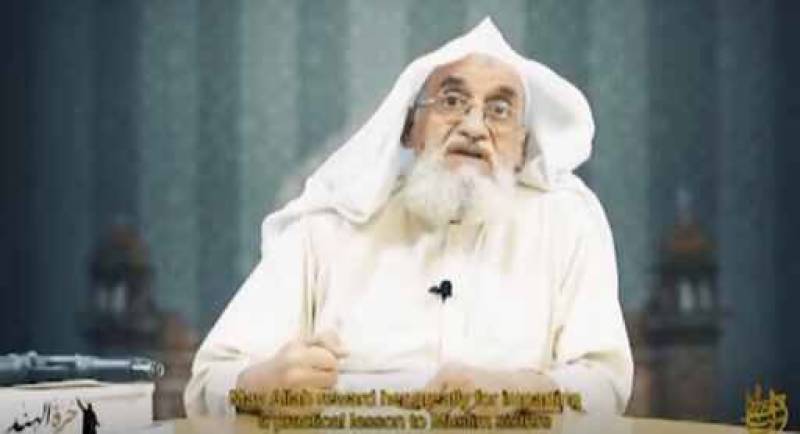 ISLAMABAD - A rare video has appeared of al-Qaida's chief praising an Indian Muslim woman who in February defied a ban on wearing the traditional headscarf, or hijab. The footage is the first proof in months that the man who was once Osama bin Laden's No. 2 is still alive.

Rumors of the death of Ayman al-Zawahri have persistently circulated, but in a video released Tuesday and translated by the SITE Intelligence Group, the reclusive al-Qaida chief praises Muskan Khan who defied a ban on the wearing of the hijab in schools in India's southwestern state of Karnataka.

Two months ago, Khan garnered attention when she publicly shouted "God Is Great" as Hindu radical students jeered at her over the Islamic headscarf. In March, the court in India's Karnataka state upheld the ban, outraging civil activists and Muslim groups in India and elsewhere.

A previous video of al-Zawahri, which circulated on the anniversary last year of 9/11, did not reference the Taliban takeover of Afghanistan in mid-August. It did mention the Jan. 1, 2021 attack that targeted Russian troops on the edge of the northern Syrian city of Raqqa.