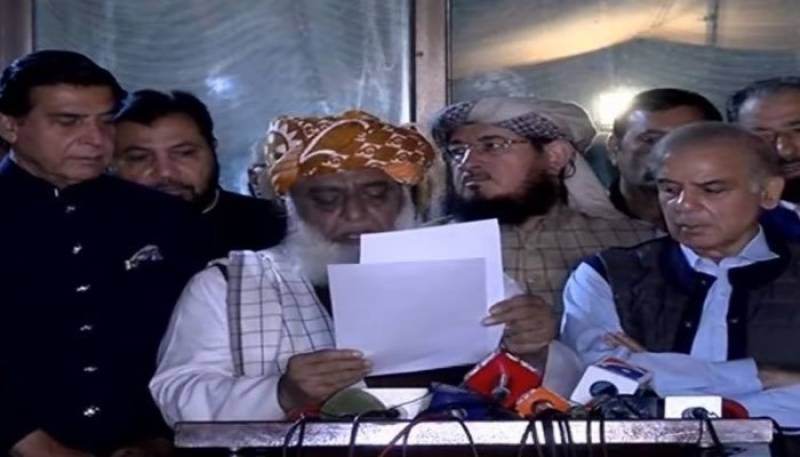 Pakistan Democratic Movement (PDM) Chief Fazalur Rehman said the unconstitutional ruling of the deputy speaker is an attack on the basis of democracy, which cannot be tolerated under any circumstances. “It is part of a conspiracy to impose a presidential system and impose dictatorship on the country,” he said.

Maulana Fazlur Rehman said the non-completion of the process of the no-confidence motion is tantamount to treason with the Constitution. “It is an attack on the parliamentary democracy and could not be tolerated,” he said. He said it was a part of the conspiracy against the parliamentary system to impose the presidential form of government and it could not be accepted.

Fazl said the demand for elections was theirs. "You brought this letter to sabotage the majority of us," he said. He said the Supreme Court was not enough for them as we will go to the people's court. "We respect the court but have the right to disagree with it,” he said.