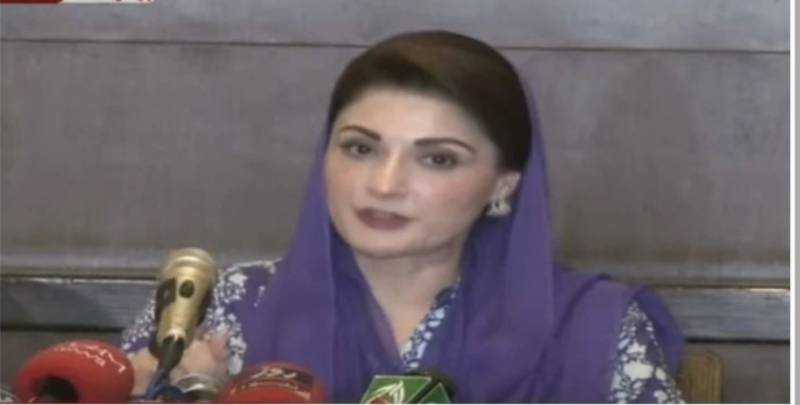 Lashing out at the prime minister for using the platform of the NSC, Maryam Nawaz Sharif said: "This was the Nationa Security Committee, not the 'save Imran Khan' committee."

She addressed the security agencies of the country and urged them to issue a clarification regarding the letter.

Maryam then censured the prime minister for using Opposition leaders' old pictures, in which they could be seen mingling with foreign diplomats, as "proof of the foreign conspiracy'.

In response, she also flashed some of PM Imran Khan's previous photographs in which he could be seen talking with foreign diplomats.

"Was this a conspiracy as well," she asked while flashing one of PM Imran's pictures before journalists.

"Whenever we [the opposition leaders] met diplomats, we talked about our country and its good traits," she said.

She then talked about how the masses had to suffer due to inflation under the PTI government's rule. "If you think the public will forget about the inflation, you are mistaken," she said.