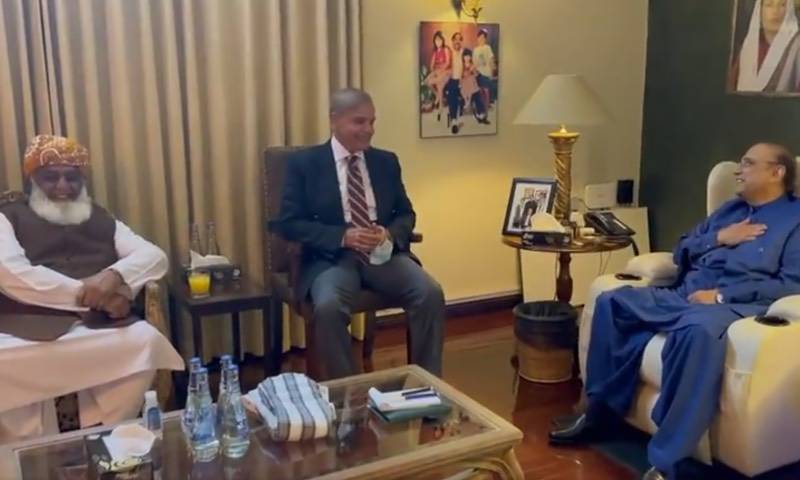 The PDM chief gave the suggestion during the meeting of the joint Opposition. Fazl told the meeting that his party JUI-F had announced to hold protests and rallies across the country, inviting other parties to participate in the protests.

"We have to make sure the supremacy of law and constitution at every cost and each step that strengthens the unconstitutional steps will be opposed," the Opposition leader said and demanded to annul the step -- what he referred to the ruling of National Assembly deputy speaker over no-confidence motion.

He termed the ruling an attack on democracy. Fazl said Friday would be observed as "the Day of constitution and democracy" and "the Day of Salvation".