Chinese foreign ministry yet again responds over the political crisis in Pakistan
7 Apr, 2022 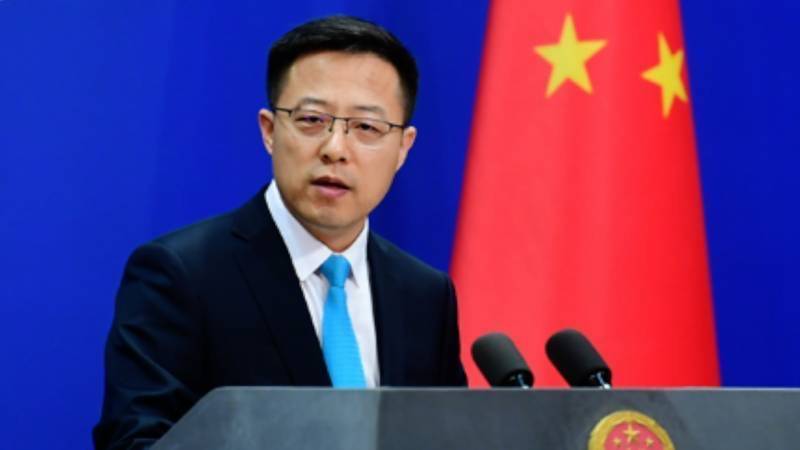 BEIJING – All parties in Pakistan could stay united and uphold national development and stability, Chinese foreign ministry spokesperson said on Wednesday, as the political crisis in the south Asian country deepens following the dissolution of National Assembly last week.

Responding to a question during briefing in Beijing about current political situation in Pakistan, Zhao Lijian said China always followed the principle of non interference in other countries domestic affairs.

Asserting that the ties with Pakistan are "unbreakable and rock solid", he expressed the hope that political situation in Islamabad will not affect the overall cooperation between the all-weather allies as well as the projects under the China Pakistan Economic Corridor (CPEC).

The Chinese remarks comes amid the political developments in Pakistan, leading to the dissolution of parliament over Prime Minister Imran Khan's allegation of the US hand behind Opposition parties' no-confidence motion against him.

The opposition parties in Pakistan have also moved the Supreme Court to adjudicate the legality of the dissolution of parliament and declaration of fresh elections.

This is the second-time China has commented on the political crisis in Pakistan.