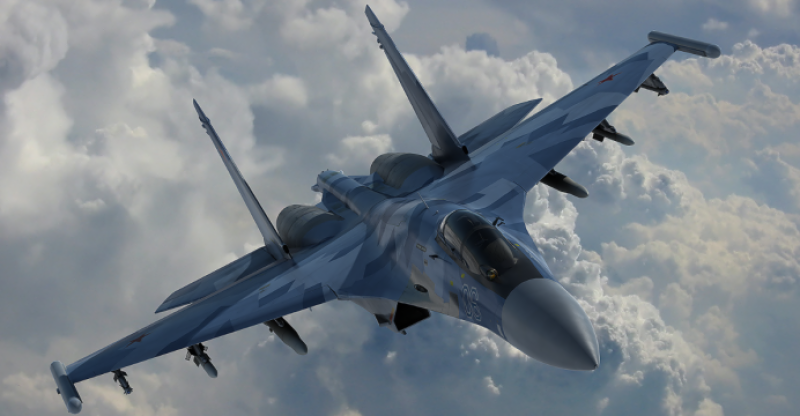 MOSCOW – Pakistan Defence Minister Khurram Dastgir Khan confirmed to Sputnik that Pakistan and Russia may reach an agreement on Islamabad purchasing Russian Su-35 jets "in the next few years," the talks on the issue are in their early stages,Khan told Sputnik.

"Concerning fighter aircraft Su-35: may be in the next few years we will be able to reach that point, we are in the beginning of negotiations now," the minister said answering a corresponding question.

Pakistan was in talks with Moscow on the issue of purchasing air defense systems, adding that Pakistan was interested in such weapons.

"Air defense system is a different kind of weapon we are interested. We are very much interested in a very wide range of the Russian weapons technology. We are in negotiations [on air defense systems] and once we conclude negotiations, we will be able to announce them," Khan said in an interview.

Pakistan is interested in acquiring Russian T-90 tanks as a long-term commitment instead of a single purchase, Pakistani Defense Minister Khurram Dastgir Khan told Sputnik in an interview on Thursday.

"We are interested in tanks T-90 and it is not going to be a one-time purchase but it is going to be a long-term commitment," Khan said.

Both Islamabad and Moscow are interested in a stable and democratic Afghanistan as it will positively contribute to security in Central Asia, the minister said.

"We respect Afghanistan's sovereignty. Stability in Afghanistan is important for Pakistan to be able to develop its own prosperous future, to access to the Russian market, for example, by land route. Democratic and stable Afghanistan is in deep the interest of both Russia and Pakistan," Khan said.

Pakistan supports Russia's efforts to bring stability and peace to the region and called on other regional and global powers to jointly devise a plan to end violence and defeat terrorism in Afghanistan, according to the official.

"We are supporting the Russian regional approach to Afghanistan and we hope that not only Russia but also China, Iran and of course the United States can sit together at the table and devise a way in which we can achieve internal peace and reconciliation within Afghanistan," he added.

The minister also praised a new approach by the Afghan leadership when it comes to ending the prolonged conflict in the country.

"One positive step that has happened recently is a genuine approach by President [Ashraf] Ghani when he had said that he no longer wants to win the war, but to end the conflict. To win the war was militarist American approach but now the Afghan approach is closer to Pakistan's position on the matter. Pakistan's highest priority regarding Afghanistan is to have a peaceful democratic stable neighbor," Khan underlined.

Afghanistan has long been suffering from political, social and security instability due to the activity of the Taliban radical movement and the Daesh* terrorist group. To address this issue, Moscow has hosted a number of conferences to achieve peace in the war-ravaged country.

"In the defense field, we signed a historical unprecedented Pakistan-Russia defense agreement in 2014. As a result, we have been able to conduct joint exercises, Pakistan has purchased Russian helicopters Mi-35 and now we are looking at much wider range of defense cooperation. In terms of training, Pakistani officers are coming to Russia and Russian officers are going to the Pakistani facilities for training. We are also now discussing a wider range of military exercises, we are looking at a wider range of military equipment and intelligence sharing," Khan said on the sidelines of the Moscow Conference on International Security (MCIS).

The official commended the current level of defense industry cooperation, noting that in the future Islamabad hopes to expand the variety of military equipment sold by Russia to Pakistan.

"We are looking towards a great future in certain areas, in which Russia has excellent expertise, such as the tanks and air defense systems," Khan noted.

Even though Pakistan and Russia had differences in the past on the Afghan crisis, the countries have now achieved mutual understanding on regional and international issues, according to the minister.

"Of course we have a history of Afghan war in which we have been on the opposite sides but now as a second decade of the 21st century ends, we will be able to look at world realities with a different eye and I am delighted to say that Pakistan and Russia are largely in agreement on major international issues like Afghanistan, like fighting drug trafficking, situation in the Middle East. We are now looking now at almost all aspects of defense and there is excellent goodwill between our leadership," Khan underlined.

The official went on to say that Islamabad is grateful to Russia for supporting its accession to the Shanghai Cooperation Organisation (SCO).

The SCO is a political, economic and military intergovernmental organization founded by China, Kazakhstan, Kyrgyzstan, Russia and Tajikistan. Uzbekistan joined the SCO in 2001, while India and Pakistan became members in June 2017.