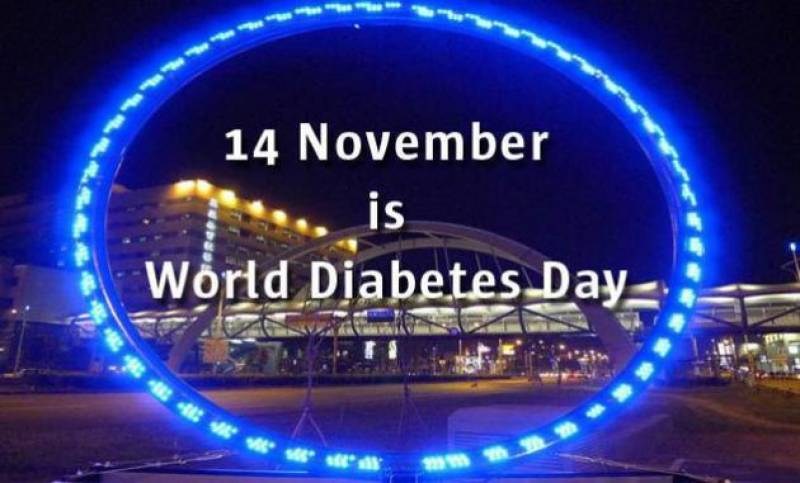 ISLAMABAD: World Diabetes Day will be observed on November 14 (Tuesday) , all over the world including Pakistan to increase awareness of the effects of diabetes and its complications amongst the general population.

According to a report aired by a private news channel, Diabetes is an illness which occurs due to the problem in production and supply of insulin in the body.

In large towns or metro cities, most of the people don't eat healthy food, and also taking less exercise, that may be the major reason of this disease.

The theme of 'World Diabetes Day 2017' is Women and diabetes our right to a healthy future.

This day was introduced in year 1991 by International Diabetes Federation (IDF) which is a worldwide alliance of more than 200 Diabetes associations from all over the world.

The purpose of the day is to providing diabetic care and preventions to people and also finding the cure of diabetes.

The 14th November is the date of birth of Frederick Banting who along with Charles Best invented insulin for treatment of diabetes patient's way back in 1922.