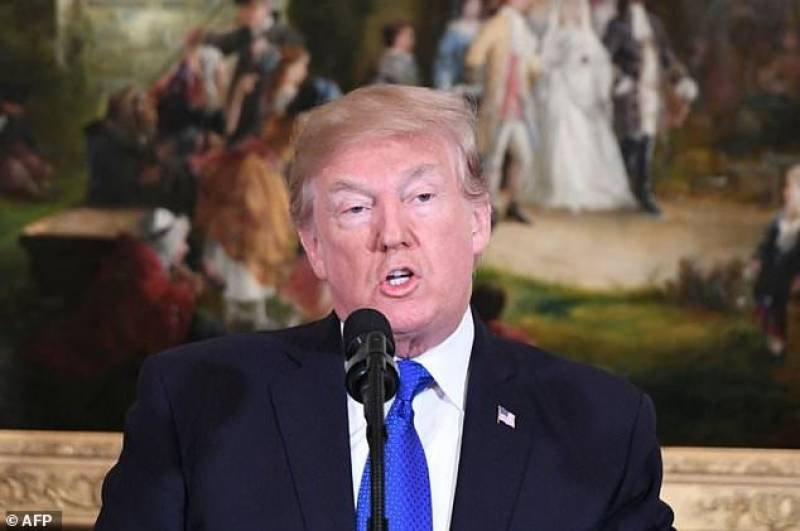 Tokyo: The time for "strategic patience" with North Korea is over, President Donald Trump said Monday, after winning Japan's backing on his policy of considering all options to rein in the rogue state.

Trump has signalled in the past that Washington could look beyond a diplomatic solution to the North's nuclear weapons ambitions, and consider military intervention.

The North's nuclear programme is "a threat to the civilised world and international peace and stability," Trump told reporters on the second day of a trip to Asia dominated by the crisis.

"The era of strategic patience is over," he declared alongside his host, Japanese Prime Minister Shinzo Abe.

The hawkish Abe, whose own nation has seen North Korean missiles fired over its northern island amid threats by Pyongyang to "sink" it into the sea, backed the bullish stance.

"We always support President Trump's policy that all options are on the table," in reining in North Korea over its provocative actions involving its nuclear and ballistic missile programmes, he said.

Abe announced Japan will freeze the assets of 35 North Korean groups and individuals as a new sanction.

The United Nations has adopted multiple rounds of sanctions against the reclusive North, the most recent in September following its sixth nuclear test and a flurry of missile launches.

Abe said the additional measures were aimed at punishing the North over its weapons program, as well as to attempt to resolve the issue of civilian abductions that took place in the 1970s and '80s.

A number of ordinary Japanese citizens were kidnapped by North Korean agents in that era, in order to train spies in Japanese language and culture.

Trump will later Monday sit down with an elderly couple whose then 13-year-old daughter, Megumi Yokota, was kidnapped four decades ago while on her way home from school.

The president arrived in Asia with tensions over North Korea at fever pitch, as US bombers fly sorties over the Korean peninsula and concerns mount that Pyongyang might stage another nuclear or missile test.

Trump began his marathon trip in belligerent form, warning on Sunday that "no dictator" should underestimate US resolve, a clear swipe at North Korea and its young leader Kim Jong-Un.

However in a pre-recorded interview broadcast on US TV he held out the prospect of talks with Pyongyang, saying he would "certainly be open" to meeting Kim.

"I would sit down with anybody," he said. "I don't think it's strength or weakness, I think sitting down with people is not a bad thing," he said on the "Full Measure" show.

"So I would certainly be open to doing that but we'll see where it goes, I think we're far too early."