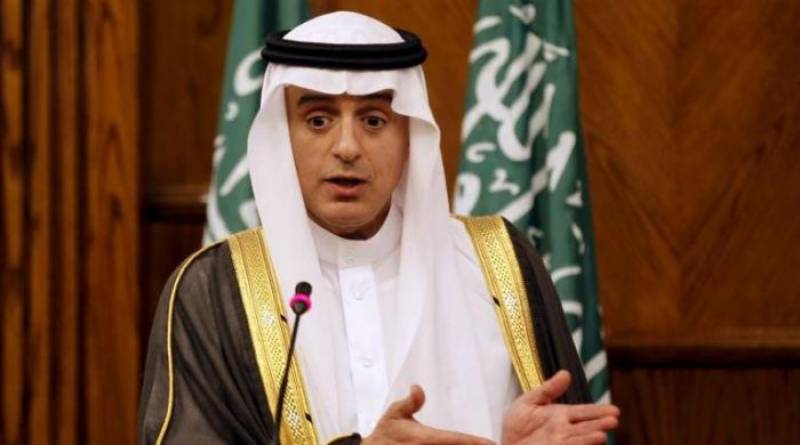 RIYADH: Saudi Foreign Minister Adel al-Jubeir on Monday warned Tehran the kingdom would not tolerate "any infringement" on its national security, following a weekend missile attack on Riyadh by rebels in Yemen.

"Iranian interventions in the region are detrimental to the security of neighbouring countries and affect international peace and security. We will not allow any infringement on our national security," Jubeir tweeted.

"The kingdom reserves the right to respond in a timely manner to the hostile actions of the Iranian regime," he added, echoing earlier warnings by a Saudi-led military coalition in Yemen.

Saudi Arabia said the unprecedented missile attack, intercepted near Riyadh international airport on Saturday, "may amount to an act of war".

The coalition on Monday sealed off air, sea and land borders in Yemen, where it has been battling rebels in support of President Abedrabbo Mansour Hadi's internationally recognised government since 2015.

Iran dismissed the Saudi accusations, calling the missile attack "an independent action" by the Houthi rebels in response to Saudi aggression.

He called on Riyadh to halt attacks on "defenceless and innocent people as soon as possible and to pave the way for inter-Yemeni dialogue to bring peace to the country".

Critics have accused the coalition of not doing enough to prevent civilian deaths in its air war in Yemen, where more than 8,650 people have been killed since the start of the intervention.

Repeated attempts to bring about a negotiated settlement to the conflict have failed, including a series of UN-backed peace talks.