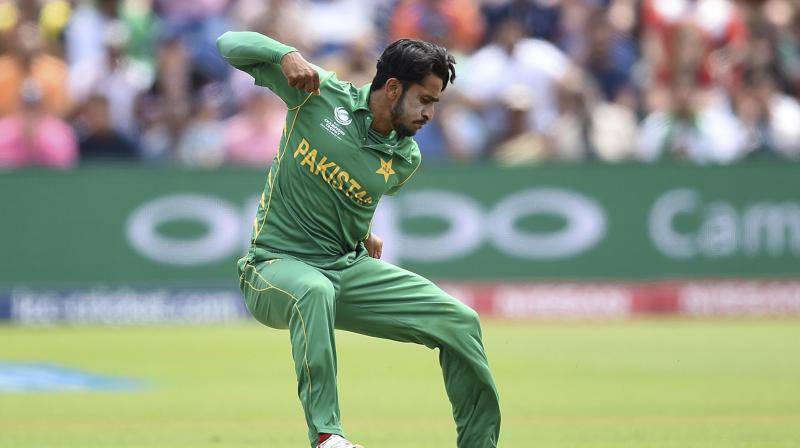 ISLAMABAD: Pakistan bowler Hasan Ali believes skipper Sarfraz Ahmed’s shouting at the players on the field motivates the team reminding them to keep focusing on the game.

Hasan said he likes it when Sarfraz shouts at him as that motivates him and the players. “Sarfaraz's shouting isn't really him getting angry at us, it's actually his way of reminding us that we need to keep our focus, not lose concentration and make sure that we are on our game,” skysports.com quoted him as saying.

Speaking about Pakistan doing good in the limited-overs, Hasan said Usman Shinwari came into the team recently and did well. “It was almost like I was bowling and taking those wickets that Usman was,” he said.

He said look at the way the youngster Shadab Khan has come into the team and shown he is capable of winning matches in any facet of the game. “It is a treat to watch him perform and great to be a part of such an experience.”

“Faheem Ashraf and Fakhar Zaman are two other new players who have come in and settled into international cricket so well. Imam-ul-Haq recently made a hundred on debut and there are so many other performances to enjoy as well,” he said.

He said there is no issue of jealousy or rivalry in the team. “It is a great unit with all pulling in the same direction and enjoying each other's successes.

In addition, there is a good combination of senior and junior players with the seniors really supporting and helping the younger guys,” he said.

Talking about the 2019 World Cup, Hasan I dreamt of winning a World Cup final and that is still my dream despite winning the Champions Trophy.

“The other part of my dream is to win the best bowler of the tournament at a World Cup and I hope that I can fulfil that dream in 2019,” he said.