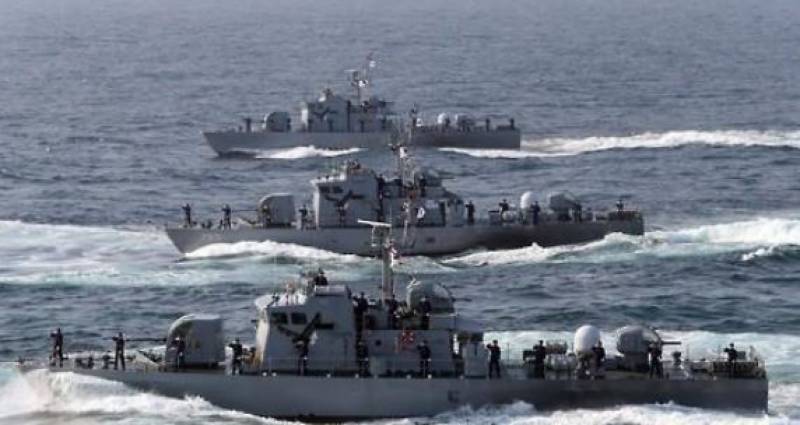 SEOUL: South Korea's Navy said Monday it will conduct a combined maritime training exercise with the US and Australia on interdicting the shipment of illicit weapons, mainly by North Korea.

The two-day training operation is to start later in the day off the coast of Jeju Island. It is aimed at enhancing the countries' ability to operate jointly to curb the spread of weapons of mass destruction and support the implementation of U.N. Security Council resolutions on Pyongyang, the Navy said.

Also to be mobilized are four other warships, P-3C maritime patrol aircraft and Lynx and MH-60 choppers.

"Through this training, the Navy will further strengthen its capability to carry out combined operations to deal with various threats that can occur at sea," said Rear Adm. Choi Seong-mo, an official at the Republic of Korea Fleet Command.