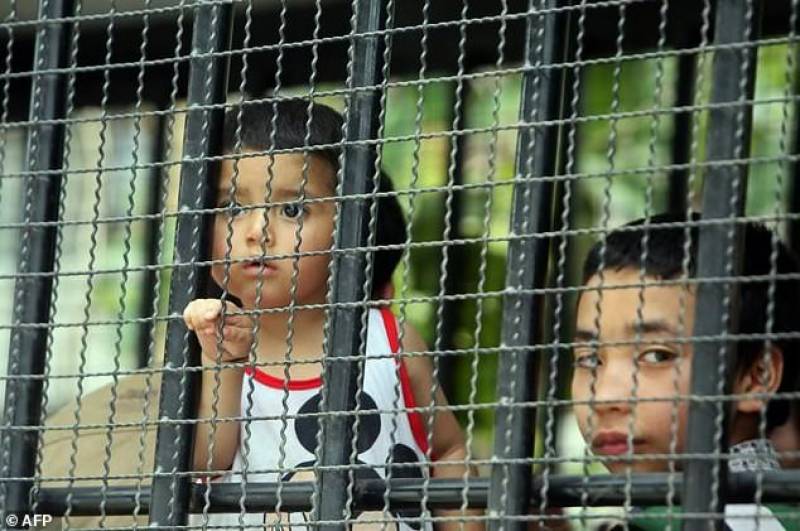 Most of the men, women and children held documents issued by the UN's refugee agency when they were detained by police in Bangkok on October 21, 30 and 31, according to watchdog Fortify Rights.

A total of 19 children were initially arrested, with six -- including four unaccompanied Somali minors -- still in detention, the watchdog said.

Many of the adults were charged with overstaying their visas or other immigration violations.

Fortify Rights director Amy Smith called for their swift release and lambasted Thai authorities for "trampling on the rights of asylum seekers".

Thailand's porous borders, lax visa requirements and reputation for religious tolerance have made the kingdom a magnet for refugees fleeing persecution around the globe.

But the government refuses to differentiate between illegal immigrants and refugees, leaving asylum seekers vulnerable to arrest and deportation as they wait out years-long vetting processes by the UNHCR.

Once their temporary visas expire, asylum seekers can been picked up on immigration charges at any time and thrown in Bangkok's grim detention centres, where many languish for long periods.

Thailand allows the UNHCR to operate inside the country, where the agency is tasked with handling some 7,000 refugee cases.

But authorities often ignore the UNHCR's "person of concern" documentation and have previously deported even some refugees lucky enough to secure approval for resettlement in third countries.

The asylum seekers living in Thailand's shadows hail from nearly 50 countries around the globe, with Pakistanis -- many of them Christian -- making up the biggest block.