People to vote in 2018 general elections on basis of performance: Interior Minister
6 Nov, 2017 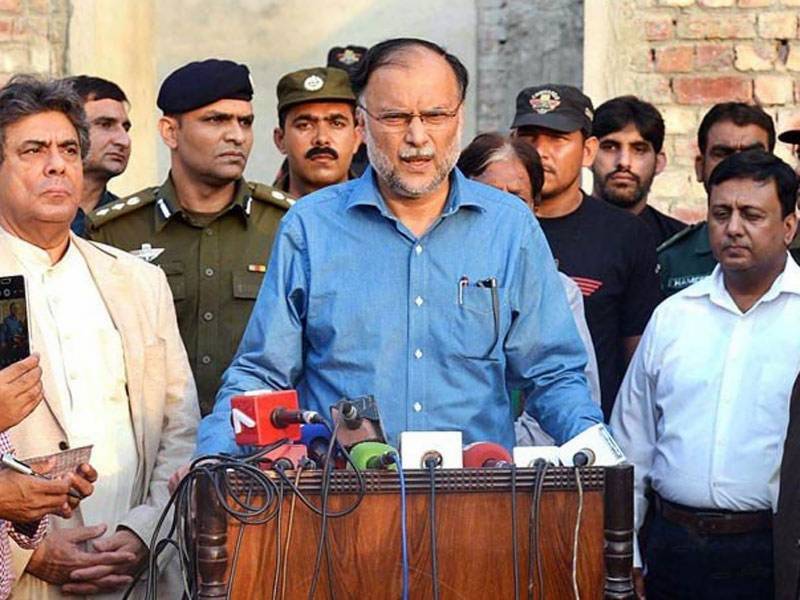 Ahsan Iqbal says government would complete its constitutional tenure and Pakistan will emerge as a democratic country.

Minister for Interior Ahsan Iqbal says the masses will vote in 2018 general elections on the basis of performance.

Talking to newsmen in Narowal on Sunday, he said the government has made considerable progress in the fields of energy, education, health and in the fight against terrorism.

Pakistan Tehreek-i-Insaf is afraid of Pakistan Muslim League Nawaz's success in the next senate elections due to be held in March next year.

He said the opposition party wanted to 'sabotage' the upcoming Senate elections after several unsuccessful attempts to overthrow the government through sit-ins in the past.

The minister said government would complete its constitutional tenure and Pakistan will emerge as a democratic country.