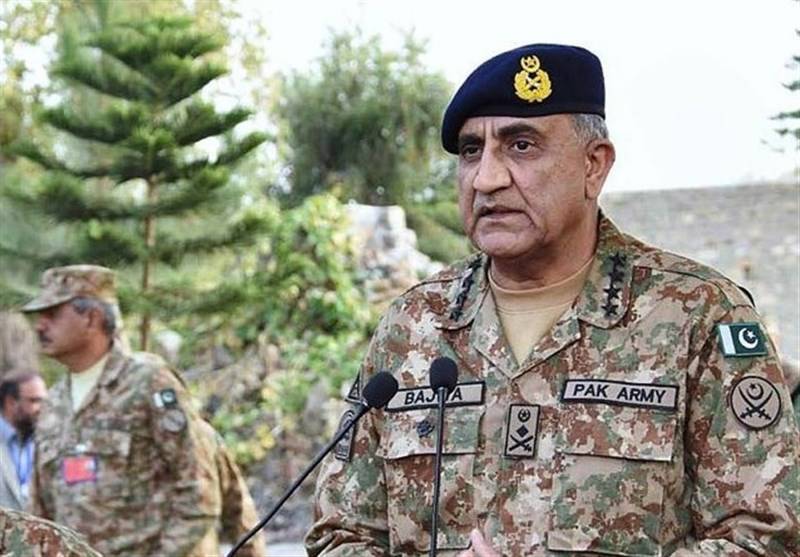 The four-star Pakistani general was received by Chief of Staff of the Iranian Armed Forces Major General Mohammad Hossein Baqeri in a formal ceremony in Tehran on Monday morning.

In their one-on-one meeting, the two commanders are going to discuss closer military cooperation and the efforts to ensure security of the borders.

Iran’s top general has met many of his foreign counterparts in recent weeks to coordinate efforts in the fight against terrorism and maintain regional security.

Islamabad has pledged efforts to dispatch Army troops to the joint border with Iran after a surge in the number of terrorist attacks on the Iranian border guards and security forces masterminded from inside Pakistan.

In one of the deadliest such attacks in April, armed militants killed 10 Iranian border guards who were patrolling along the border in Iran’s Mirjaveh region.