Jammu Martyrs Day observed across both sides of border
6 Nov, 2017 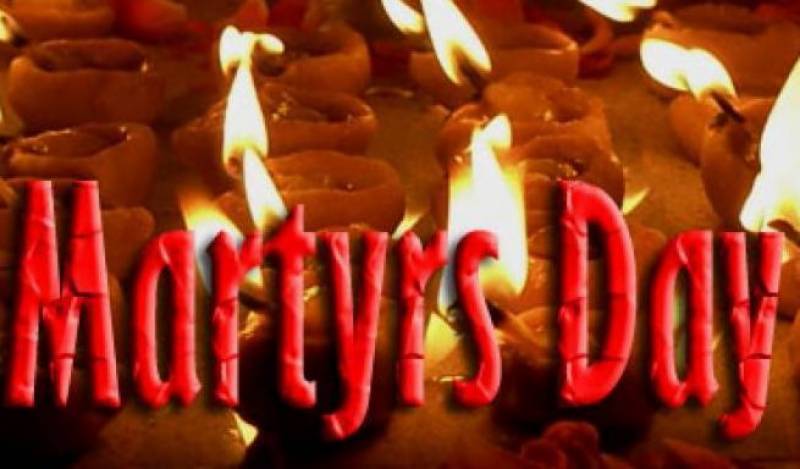 SRINAGAR - Kashmiris on both sides of the Line of Control observed Jammu Martyrs' Day, on Monday, to reaffirm their resolve to continue the liberation struggle till the achievement of Kashmiris' inalienable right to self-determination.

Hundreds of thousands of Kashmiris were killed in the first week of November in 1947 by the forces of Maharaja Hari Singh, Indian army and Hindu hooligans in different parts of Jammu region, while they were migrating to Pakistan.

A seminar was organized by the All Parties Hurriyat Conference in Srinagar to pay tributes to Jammu martyrs.

The speakers said that the Jammu massacre in 1947 was the worst example of genocide intended to change the demographic composition of the territory.

The Chairman of Hurriyat Forum Mirwaiz Umar Farooq and other Hurriyat leaders in their separate statement, paying tributes to the 1947 martyrs of Jammu, said that their sacrifices would remain unforgettable in the history of Kashmir.

In Muzaffarabad, the main function to commemorate the day was held Central Press Club under the aegis of Kashmir Liberation Cell.