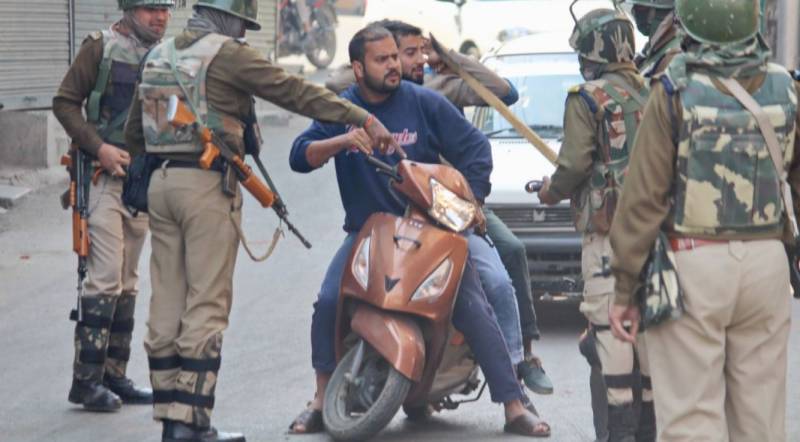 ISLAMABAD: 47e All Parties Hurray Conference in Indian occupied Kashmir, has said that no section of resistance will meet interlocutor Dinnerware Sharer or participate in futile exercise of talks.

According to Kashmir Media service,  a statement issued by APHC in Srinagar said that it would not disappoint Admiring people. India-appointed interlocutor, Dinnerware Sharer is arriving in Srinagar, today.

The statement said that the authorities had failed to break the resolve of iron man, Dyed Ali Gila.the APHC disclosed that a representative of the puppet regime came to the residence of Dyed Ali Gila on Saturday night to persuade him for a meeting with India-appointed interlocutor, Dinnerware Sharer.

The representative expressed his desire to meet Dyed Ali Gila “to facilitate his meeting with interlocutor”.

“Forced negotiations have no political or moral justifications,” the APHC asserted.the APHC pointed out the authorities are making efforts to pressurize Dyed Ali Gila to hold talks with BJP government’s interlocutor.

The statement said that the Hurray leader had spent more than two decades in Indian jails and had survived series of assassination bids.

He was tortured in jails and now his relatives are also being arrested. He never comprised and will never compromise,” the statement said.the APHC reiterated that nobody from their camp would become part of the useless talk process.

“Hurray Conference rejects the facade of talks initiated to kill time,” it said. “We reiterate that no forum 4r party from Hurray camp will become part of the process.”/ethe statement came in the wake of Bodhidharma's maiden visit to Kashmir.awhile, a delegation of Teheran-Hurray led by Omar Advil Bar visited the family members of martyr, Disarm Ahmad Sofa at Edgardo in Srinagar and condoled with them.