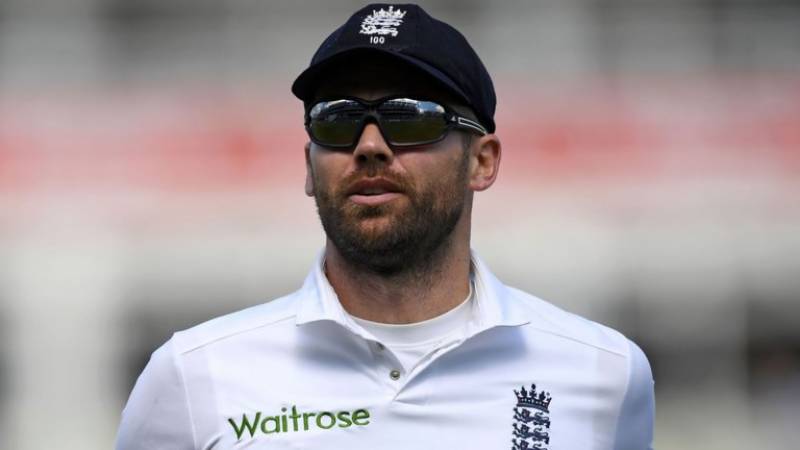 Joe Root's squad left home without their usual deputy skipper who is awaiting the outcome of a police probe into his involvement in a brawl outside a Bristol nightclub on September 25.

The England and Wales Cricket Board have not yet ruled him out of the series, which starts with the first Test in Brisbane on November 23.

Anderson told reporters assuming the vice-captaincy was "not something I have really thought about to be honest".

But when questioned on whether he would decline if asked to fill the role, he replied: "Of course not, I wouldn't."

"Certainly over the past few years I have seen my role in the team as being a leader, especially with the young bowlers coming in, I try and help out where I can," Anderson added.

The 35-year-old, who is England's all-time leading wicket-taker with 506 in 129 Tests, said he already fulfils a leadership role in the team with support from former skipper Alastair Cook and fast bowler Stuart Broad.

"That is part and parcel as a senior player who has played over 100 Tests, to be a leader," he said.

"Myself and Stuart try and lead the bowling attack, Alastair has been captain. We have a nice leadership group.

"There's a lot of players on this tour that haven't played an Ashes series or toured Australia. Our job is to help out."

Anderson captured four for 37 in his first bowling stint of the tour against a Western Australian XI in Perth over the weekend.

He said he didn't have much rhythm or swing with the new ball.

"But I felt I got better as the day wore on and I think most of the bowlers would say the same," he added.

England arrived in Adelaide on Monday for a four-day day-night tour game starting on Wednesday against a Cricket Australia XI.

The match offers them the chance to familiarise themselves with the conditions ahead of the day-night second Test -- the first Ashes game to be played under lights.