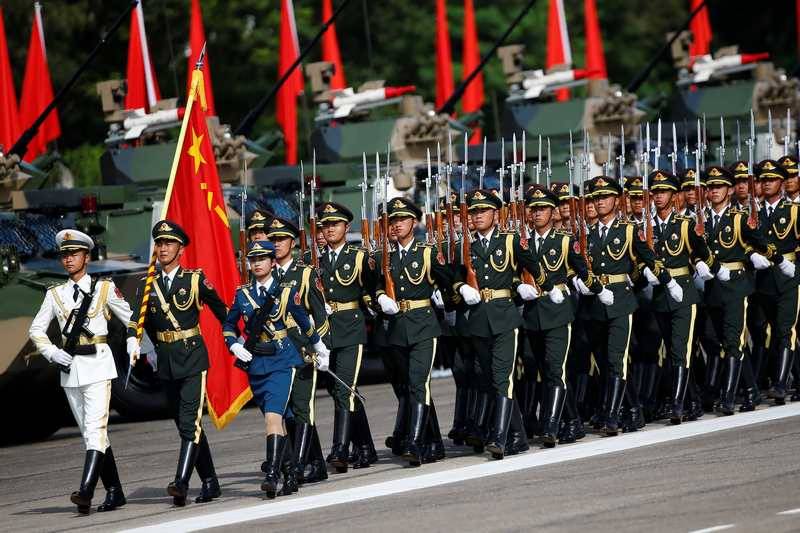 Beijing: China's military has been ordered to pledge absolute loyalty to President Xi Jinping while a paramilitary police force now literally sings his praises, further cementing his place as the country's most powerful leader in decades.

The world's largest armed forces should be "absolutely loyal, honest and reliable to Xi", said a new guideline issued by the Central Military Commission and reported by state news agency Xinhua late Sunday.

China's military personnel of around two million is technically the armed force of the ruling Communist Party rather than the state.

The commission's calls for fidelity to Xi shows the extent to which he has consolidated power since having his eponymous philosophy written into the party constitution last month.

Xi's political philosophy -- Xi Jinping Thought -- should also guide the strengthening of the military, Xinhua said of the new guideline.

"The army should follow Xi's command, answer to his order, and never worry him," Xinhua quoted the guideline as saying.

For decades China has been governed in an ostensibly collective fashion by the party's elite Politburo Standing Committee.

But Xi has increasingly centralised power and looks to be following in the footsteps of revolutionary leader Mao Zedong.

On Sunday, a song titled "Be a good soldier for Chairman Xi" was released by the People's Armed Police, a paramilitary force under the Military Commission.

Nearly a half-century ago, the army sang "Be a good soldier for Chairman Mao".

Xi became chairman of the military commission when he came to power in 2012 and last year acquired the new title of commander-in-chief of the joint forces battle command centre.

He has also presided over a corruption crackdown that felled some of the country's highest-ranking military officers.