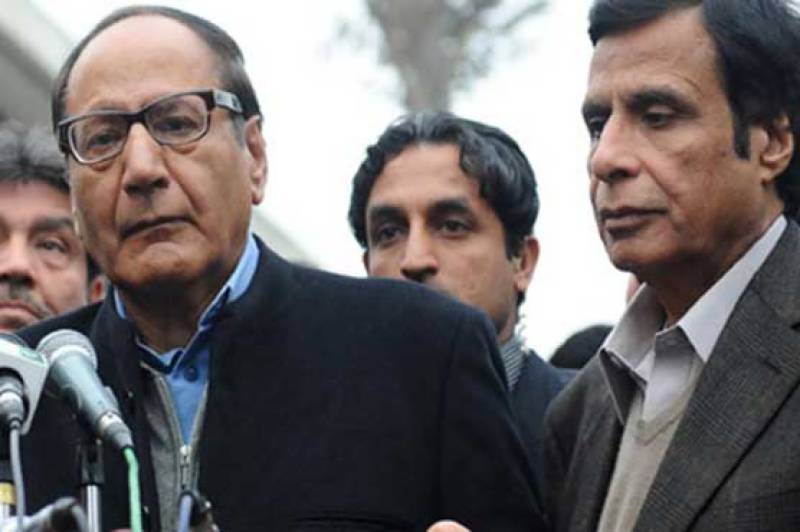 Both arrived in NAB court at 11:45am and remained in the investigation block for an hour. A three-member NAB team questioned Chaudhry brothers regarding their assets and recorded their statements.

The PML-Q sources said that Chaudhry brothers completed consultation with their legal experts in this regard.

Chaudhry Shujaat Hussain and Chaudhry Pervaiz Elahi were framed in a graft case before the tenure of former military ruler Pervez Musharraf. The brothers have ensured that they would fully cooperate with NAB in its investigations.