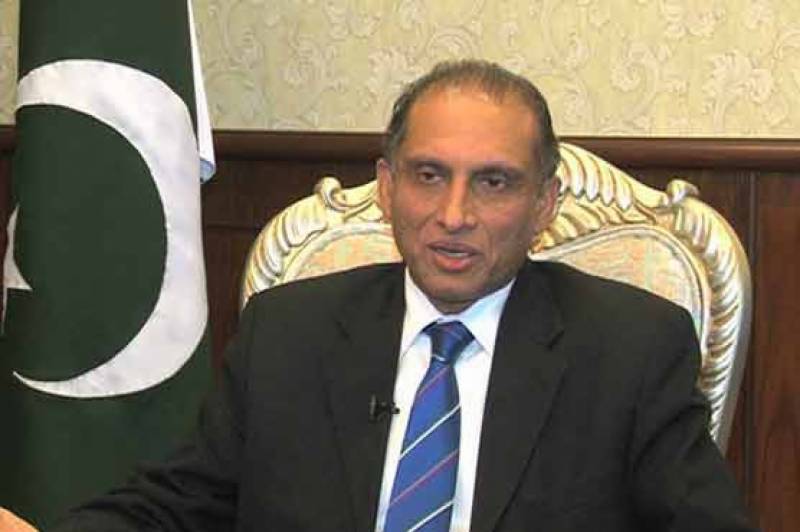 WASHINGTON: Pakistan Ambassador to the United States Aizaz Chaudhry urged a high-level business delegation from Pakistan to increase interaction with their American counterparts to explore the untapped business potential that existed between the two countries for a wider economic cooperation.

The delegation headed by Governor of Sindh Muhammad Zubair met the ambassador during a day-long trip to Washington DC and also held meetings at the State Department with relevant organisations and departments including US-Pakistan Business Council, US EXIM Bank, OPIC, USTDA and the US Department of Commerce.

The meetings provided the opportunity to exchange information and ideas on strengthening bilateral economic ties between the two countries. The delegation includes senior executives from major business houses, banking institutions and state enterprises from Pakistan has been visiting different cities in the United States over the past week. The delegation held over 150 meetings with their US counterparts in New York, Boston and Chicago.

Ambassador Chaudhry emphasized significance of frequent exchanges of business and trade delegations towards strengthening Pak-US bilateral ties entrenched in people to people contacts. He said that being a market of over 200 million people, the emerging Pakistan provides enormous investment and business opportunities to US and other international investors.

He added that the seven- decade long history of Pak-US bilateral ties had laid a strong foundation of economic and commercial ties but the vast untapped potential needed to be realized through sustained interaction between businessmen and investors from both sides.

Governor Sindh underscored the significance of the delegation composed of firms and institutions from both public and private sectors that essentially represented over 20 percent of market capitalization in Pakistan.

He particularly emphasized the need for serious and structured engagement at important avenues, like the forthcoming edition of US-Pakistan Business Opportunities Conference scheduled to be held in Karachi during the first quarter of 2018, towards achieving the desired results.

Ambassador Chaudhry and Governor Sindh recognised the significant role that Pakistani American community could play towards forging and strengthening trade and commercial links between the two countries and agreed to make concerted effort to that end.