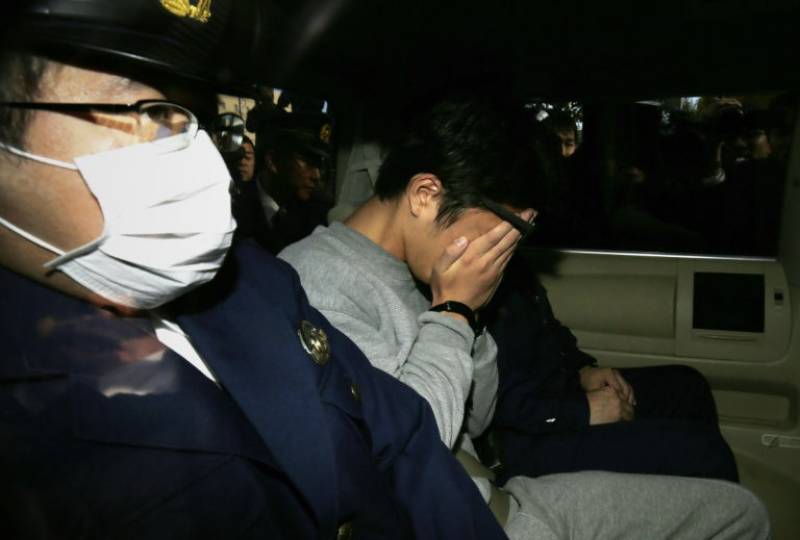 Tokyo: Three high school girls, including a 15-year-old, were among the nine people mutilated by a suspected serial killer in Japan, reports said Monday, as one woman described how she had a lucky escape.

At least three of the victims were high school pupils from different regions and one of them was a 15-year-old girl who went missing in late August, several media quoted police sources as saying.

Not all of the victims have been identified but some were tracked down via bank cards and other items left in the apartment room of Takahiro Shiraishi, where the Japanese man allegedly murdered and hacked up nine young people.

Some cellphones also lost contact near the apartment, reports said.

On the morning of Halloween, police uncovered a grisly house of horrors behind Shiraishi's front door: nine dismembered bodies with as many as 240 bone parts stashed in coolers and tool boxes, sprinkled with cat litter in a bid to hide the evidence.

He moved into the one-room apartment in Zama, a southwestern suburb of Tokyo, on August 22.

He is suspected of having lured people with suicidal tendencies via Twitter by telling them he could help them in their plans or even die alongside them.

He reportedly went ahead with killing people even after realising what they had wanted was just to talk rather than to die.

"I had no intention of killing myself at all. None (of the victims) wanted to die actually," the private Fuji television network quoted Shiraishi as telling investigators.

He allegedly hanged victims after giving them alcohol or sleeping pills or strangling them until they fainted.

He may have continued to kill if not arrested.

A woman in her 20s claims to have arranged a meeting with Shiraishi for the day after he was eventually arrested after discussing suicide via email and phone for two months.

He refused to talk when she said she could hear a woman groaning in the background during a telephone conversation on one October night.

"He had given me two options. One was that he makes me unconscious by putting sleep drug in my drink and then strangles me with a rope.

The other was that he strangles me with a rope from behind while I'm watching TV or something," she told the Fuji network.

"If I had met with him, I may have been dismembered like other victims. I may be lucky but I'm rather scared now."