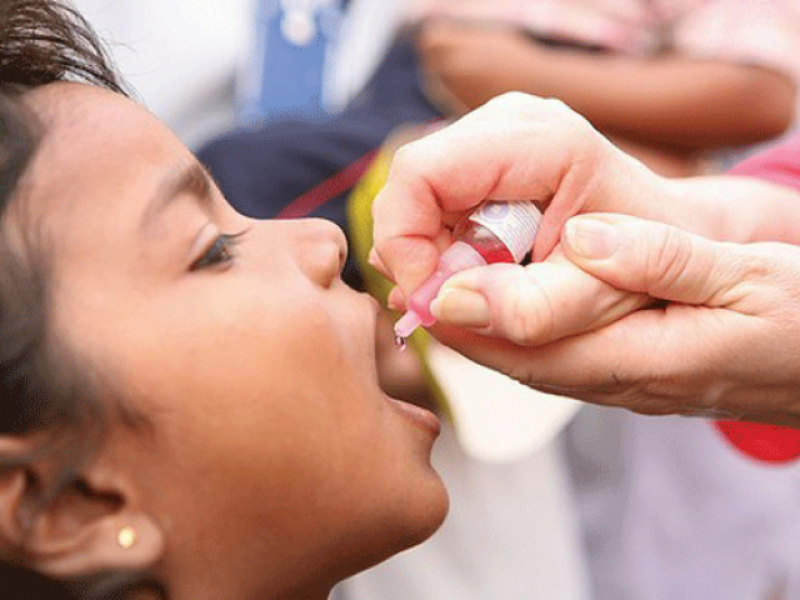 "The Sehat Muhafiz polio eradication teams of Primary and Secondary Health Department Punjab will visit house-to-house to vaccinate over 8.62 million children less than five years in 14 districts of Punjab in the campaign starting from Wednesday.

The campaign had been planned in whole districts in DG Khan, Lahore, Multan, Muzaffargarh, Rajanpur, Rawalpindi and RY Khan whereas in Sheikhupura, Khanewal, Lodhran, TT Singh, Vehari, Bahawalpur and Sahiwal, the campaign would be held in selected union councils, he said.

Khawaja Imran said a five-day drive, which was earlier postponed, was part of government efforts to provide protection to the children from polio.

Secretary Primary and Secondary Healthcare Punjab Ali Jan Khan urged the parents to vaccinate their children during the campaign especially those who were guests.

Punjab's Emergency Operation Coordinator Dr. Munir Ahmed said a recent polio case from Lodhran and persistent positive environmental samples were a cause of concern. "Positive samples in Rawalpindi, Lahore, Faisalabad, Multan and DG Khan and now a polio case in Lodhran highlighted the need to reach out to all children," he said.

Punjab completed 2016 without a polio case. But a four-month child from Lodhran ended Punjab's streak of 14 months without a case, he said and added that a total of 20 cases were reported in Pakistan during 2016 with 8 from Sindh, 8 from KPK, 2 from FATA and 2 from Balochistan. Globally, Pakistan, Afghanistan and Nigeria were the three countries still having polio cases, he added.

He said Punjab was focusing on South Punjab districts as well as Rawalpindi and Lahore because of persistent positive environmental samples.