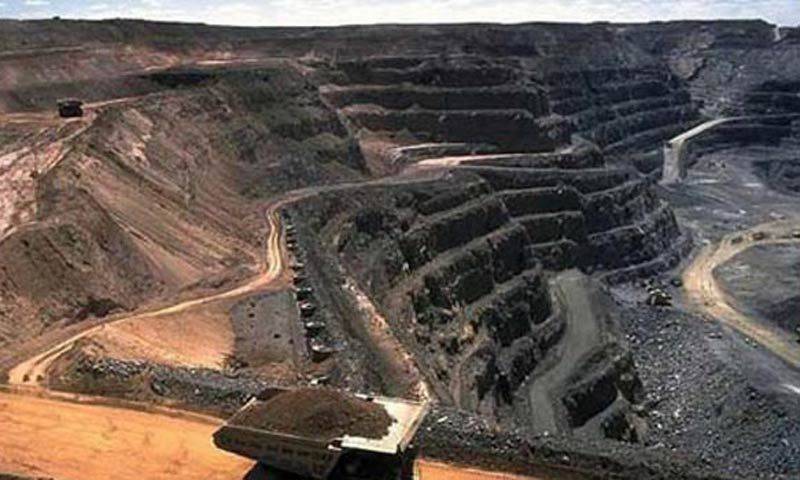 ISLAMABAD (APP): The government is spending Rs 131.619 million for appraisal of huge coal reserves confirmed by the Geological Survey of Pakistan (GSP) in the year 2014 after extensive drillings started since 2012.

"Rs 131.619 million will be used for appraisal of newly discovered coal resources in Badin and its adjoining areas of Southern Sindh," official sources in the Ministry of Petroleum and Natural Resources told APP.

According to GSP, they said the coal deposits were estimated to be over one billion tones. "The coal is of good quality and high heating value."

Besides, the sources informed that there were substantial deposits ofgold and copper and more than 200 million tonnes of iron ore but these could not be exploited or utilized because of lack of infrastructure and technology.

They said efforts were also being made for exploration of tertiary coal in Central Salt Range, Punjab aimed at meeting the growing domestic energy demand and develop coal fields and increasing power generation.

The sources said exploration of oil, gas, minerals and coal resources was undertaken on regular basis which contributed significant discoveries especially in oil and gas sector.

Recent geological investigations have shown that 185 billion tonnes of coal reserves exist in different parts of the country, which could be used as a primary and inexpensive source for power generation.

"More than 184 billion tonnes deposits are located in Sindh province, with Thar coal field being the largest followed by Thatta-Sonda, Lakhra and Jhimpir. The coal is lignite to lignite-A to sub bituminous B&C in character with an average heating value of 6000 BTU/lb."

Coal is primarily classified into four major categories, or 'ranks' like lignite, sub-bituminous, bituminous and anthracite. One of the most valuable content of coal is its carbon content which supplies most of its heating value.

The sources informed that further investigations were being carried out to explore and evaluate coal deposits in Musakheil, Kingri and ToisarBasin, Musakheil district, Balochistan.

Answering a question, they said the mining and quarrying sector grew by 0.6 per cent in 2015-16. "Estimates suggest there are copper reserves of 1.9billion tons and 11.2 million ounces of gold in different localities."

They admitted that the primary reason for not getting maximum benefit of the natural resources was the application of out-dated technologies, poor management and inadequate capital besides security situation in some areas where the bulk of the mineral resources were located.

The mineral sector of Pakistan is spread over 600,000 square kilometers and 92 known minerals, while 52 are commercially exploited.

Presently, the sources said above 5,000 operational mines and 50,000 small and medium enterprises were producing average 68.52 million tons per year and providing direct employment to 300,000 workers.