Stock markets power ahead on surprise US jobs rise
6 Jun, 2020 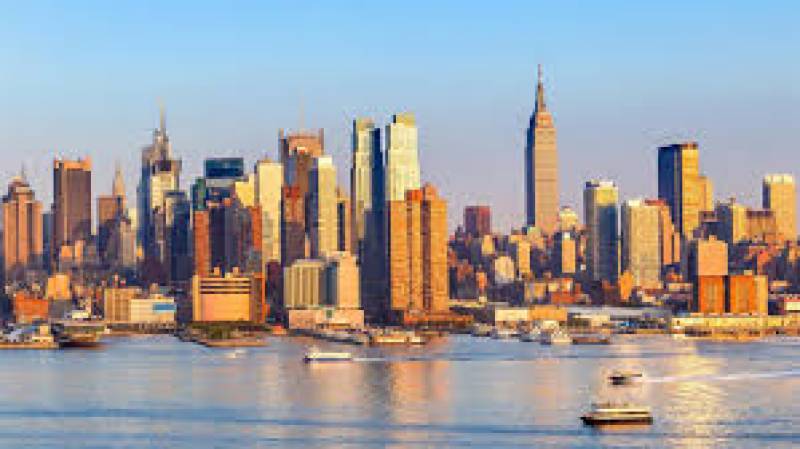 New York,(AFP/APP):Bourses in Europe and the United States surged Friday following a surprisingly strong US jobs report, which markets viewed as validating recent equity gains and proving the economy is recovering.

The Labor Department reported the US economy regained 2.5 million jobs in May and the unemployment rate dropped as coronavirus pandemic shutdowns began to ease.

The report defied even the most optimistic expectations among economists, who had been expecting a payroll decline of more than eight million and a jobless rate of 20 percent or higher.

"This a mind-blowing number and shows that the economy is improving," said Naeem Aslam, chief market analyst at AvaTrade.

"Things are not as bad as many thought. This data, if it is a true reflection of the economy, is likely to speed up the recovery for the US economy," he said.

The jobs figures sparked major gains in Paris, London and Frankfurt, as well as in New York, where the Dow piled on around 830 points, or 3.2 percent, to finish at 27,110.98, while the Nasdaq finished within a few points of a record.

The gains capped a banner week for Wall Street, which has risen steadily from March when stocks plunged after a series of shocking moves to shutter much of the US economy.

Since then, investors have looked past huge increases in unemployment, weakening consumer confidence and other grim indicators in anticipation of better times against a backdrop of massive stimulus from Washington.

"There was a sense things were getting better around the economy and stocks rallied sharply in April and May," TD Ameritrade's JJ Kinahan said in a note. "Here in June, we just received a positive piece of news that might seem to justify at least some of the huge run-up since the March lows.

"The market isn't always right, but it sometimes turns out to be a pretty good forecaster."

But economists noted that unemployment of 13.3 percent was still above the level at the peak of the 2008 financial crisis and risks of additional layoffs in struggling industries remain.

Oil prices climbed and finished with gains for a sixth week in a row, partly on fresh hopes for the US economy, and partly because OPEC and its allies brought forward a meeting to discuss further oil output cuts.

OPEC's 13 members led by Saudi Arabia and their allies, including Russia, who had originally been due to meet June 9 and 10, will now meet on Saturday to talk about cuts, an OPEC source said.

OPEC and the so-called OPEC+ have pledged to cut output by 9.7 million barrels per day from May 1 until the end of June.

"Anything short of that will likely disappoint the markets," he added.