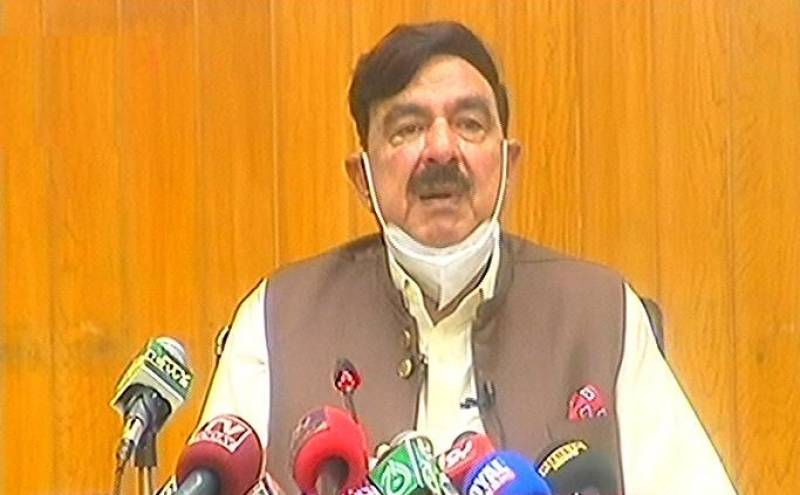 that no comprise would be made on the violation of Standard

and at railway stations.

headquarters, he said that all divisional superintendents had

been directed that implementation on SOPs was their responsibility.

He said the PR was reviewing trains schedule to facilitate more

were being allowed to make stopover at 13 more railway

stations where the number of rail passengers was much more.

He announced to attach one more passenger coach with each

He said that earlier, it was decided to restore 10 more trains

but after observing the COVID-19 situation in the country, the

decision was postponed for a month.

The minister also announced to open all current reservation

and booking offices across the country and said the decision

was taken after demand by rail passengers who were unable

to use online system of booking.

He said that all divisional superintendents had been directed

to ensure maximum recovery of tickets and collection of revenue.

To a question, the minister said that earlier, the railways had reduced

fare by 10 per cent due to decrease in fuel prices .

Talking about the politics, he criticised the opposition and said that

leadership of opposition was struggling to protect their corruption

and facing cases in the National Accountability Bureau ( NAB) Courts.

He reiterated that Prime Minister Imran was committed not spare any

looter of national exchequer, and expressed his hope that soon the

To a question, he said the government would follow the verdict of the

Supreme Court on Pakistan Steel Mills, adding that no decision had

yet been made to sack any employee of Steel Mills.

To another question, he said that India should avoid any misadventure,

otherwise, there would be no option for Pakistan to give a befitting

response, which would be the last war.