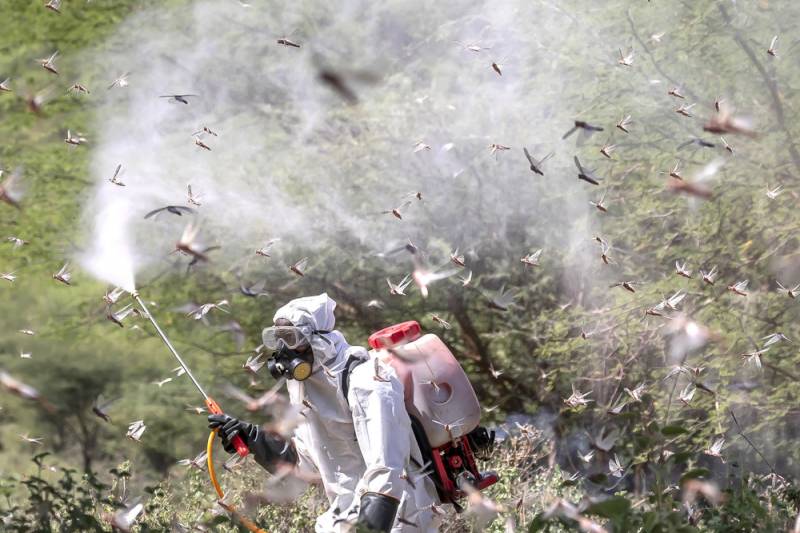 Over 4,500 hectares of area has been sprayed to control locust in various parts of the country during the last 24 hours.

The crop munching bug exists in 49 districts of the country, including 33 in Balochistan, nine in Khyber Pakhtunkhwa, two in Punjab and five in Sindh.

In Balochistan, areas of Khuzdar, Awaran, Noshki, Chaghi, Gwadar, Uthal, Kech, Panjgur, Kharan, Washuk and Quetta have been affected among others.