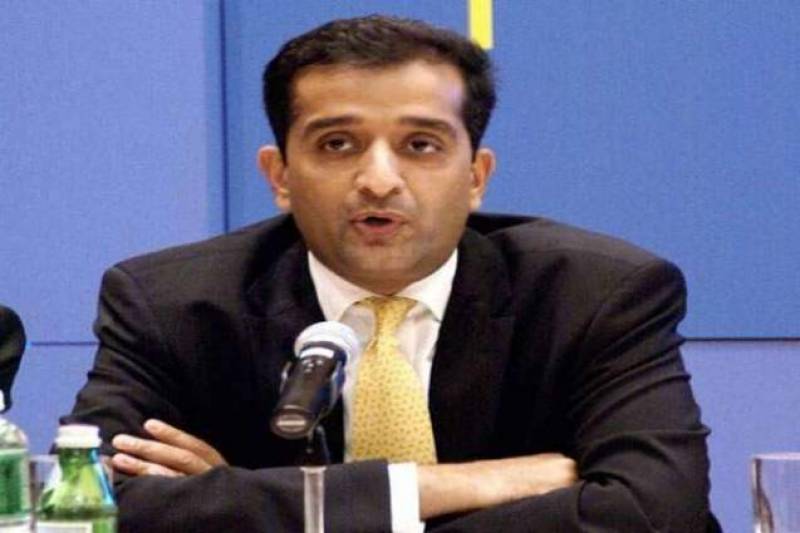 KARACHI, (APP):Adviser to the Prime Minister on Climate Change Malik Amin Aslam Saturday said the present government has introduced a Green stimulus and Green recovery process to revive the country's economy to ensure that economic activities in the post-COVID-19 scenario should not harm nature.

The adviser stated this in his remarks as he joined through video-link a roundtable discussion hosted by the Federation of Pakistan Chambers of Commerce and Industry (FPCCI) here to mark the World Environment Day-2020, according to a news release.

The Central Standing Committee on Environment of FPCCI organized the roundtable whose majority of the participants joined the discussion via video-link in view of the lockdown restrictions against the spread of the coronavirus.

The PM’s Adviser, on the occasion, said that Green stimulus package of the present government had come into action during the lockdown enforced in the country against the spread of coronavirus.

He said that 10 billion tree tsunami project had been utilized to employ 65,000 people as most of them were those who had lost their jobs in urban areas of the country and had come back to their native rural localities during the lockdown.

Malik Amin Aslam said these jobs were mostly related to nurseries established to promote greenery and to check wildfires in forest areas during the peak summer.

He said Pakistan had become the first nation in the world to repurpose World Bank funds available to it to for revival of nature in the country in post-COVID-19 situation.

The adviser said the World Bank had allowed repurposing of $180 million of its funding for nature conversation in Pakistan while recognizing the Green recovery process of the country during the pandemic.

Malik Amin Aslam said that PM would soon launch an initiative to conserve protected natural areas and national parks across the country.

He said that Clean, Green Pakistan initiative of the present government being followed in 20 cities of Punjab and Khyber Pakhtunkhwa was also playing an important role to conserve nature and environment in the country.

FPCCI President Mian Anjum Nisar said that environmental degradation had been responsible for slow economic progress and backwardness of the poor sections of the Pakistani population.

He said that exponential increase in the population had been responsible for the destruction of forests and nature reserves in the country due to ever-expanding human settlements.

Mian Anjum Nisar said that irresponsible and unreasonable exploitation of the natural and mineral resources in the country had been responsible for various socio-economic and health issues faced by the citizens.

He said that Pakistan should focus on claiming carbon credits on the basis of its ever-increasing economic activities as being done by its neighbouring countries.

Dr. Shahid Amjad, former director-general of National Institute of Oceanography (NIO), stressed the need to conserve mangrove forests for protection of the marine ecosystem of the country.

He said that conservation of the coastal resources in the country should be made part of the national accounting system owing to their importance for a large section of Pakistani population.