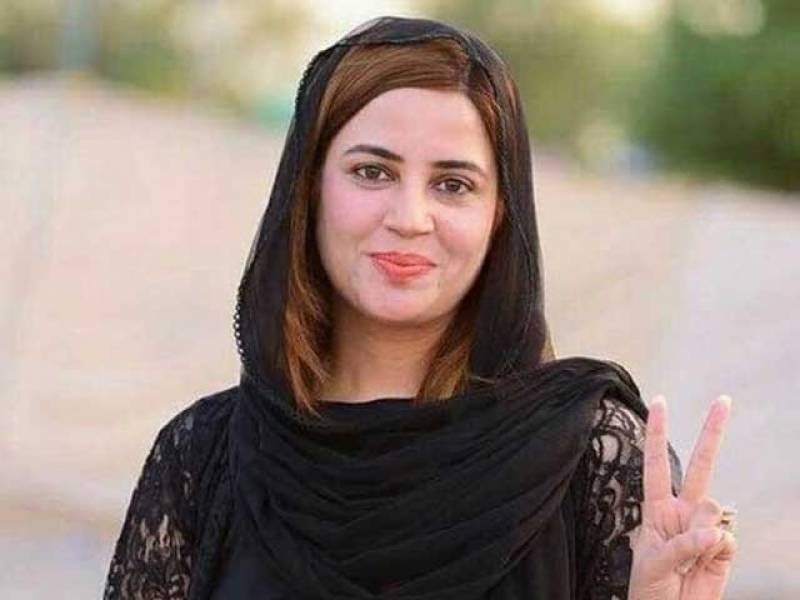 ISLAMABAD,(APP):Minister of State for Climate Change Zartaj Gul Saturday said that Pakistan Tehreek-e-Insaf government was concerned about the climate situation in the country and taking practical steps to make Pakistan green where all provinces were working collectively first time in the country's history.

In an exclusive interview with PTV news channel, the minister of state for climate change said that the government's policies were “historic” and said it would “fast-track measures with its effective implementation", adding that climate change is the centre of attraction for Prime Minister Imran Khan who openly discussed this issue in the United Nations session.

Pakistan, she said, had been playing a critical role in climate negotiations and had been recognised at various

She said it was a good omen that for the first time the government, academia, researchers and environmentalists had gathered to discuss climate challenges.

She said it was PTI government’s big achievements that all the four provinces were now working with the same spirit on the issue of climate change and the credit goes to her government that Sindh is also part of tree tsunami’ project.

She said the federal government would assist all provinces equally to fulfill the ambitious target of planting 10 billion trees across the country.

She also explained the projects that the government was committed to mitigate negative effects of climate change on crops.

Zartaj Gul said that the PTI-led government would leave no stone unturned in reducing the impacts of climate change on the country, which was totally neglected areas of the past governments.

Zartaj said it was Prime Minister's vision to make Pakistan pollution-free and exemplary initiatives have been taken in this regard.

Replying to a question regarding sugar mafia, she said present government was reviewing its sugar mills policies and registering the names of owners with proper digitalisation system, adding that the PM would also take strict action against the looters and plunderer with zero tolerance policy towards mafias.

She said that the current regime had, first time in 70 years, introduced food policy and exposing the names of mafia in front of public.

She also highlighted that the present government banned brick kilns in six zones and steel factories of Wagah to tackle smog threat.

She maintained that brick kilns would be shifted to zigzag technology and the government would provide proper training and loans to the owners of the kilns.

Pakistan is playing a positive role within its capacity to counter the impacts of climate change, she highlighted. "Our government was highly concerned with the issues emanating due to climate change", she added.

She said that plantation of 10 billion trees under PM's vision would help make the country green and also fight adverse impact of climate change.

She said that in the past rulers used to build palaces for themselves, but had done nothing for the poor segment of the society.

PTI government had introduced multiple awareness campaigns and taking all possible steps to combat the drastic effects of climate change on the region. She said the government has initiated remarkable programmes including go green Pakistan, plantation of trees, ban on plastic bags, renewable energy resources and e-cars to combat with the environmental issue and reduce carbon emission.

country and its also our target to control the increase use of plastic bags in the country.

She stated that several projects like the ‘billion tree tsunami’ were initiated during the PTI’s government.