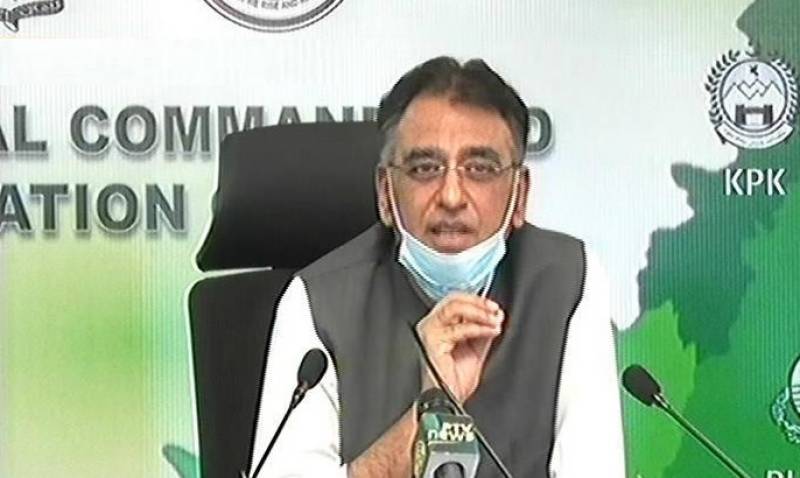 Planning Minister Asad Umar has urged the people to take precautionary measures against Covid-19 seriously to protect their lives and of others.

Giving a media briefing from National Command and Operation Centre in Islamabad today [Saturday], he said more than 1900 precious lives have so far been lost in Pakistan in this killer disease which shows the enormity and gravity of the situation.

The Minister said our first and foremost priority is to slow the pace of spread of corona pandemic. He said two of the most important components of this strategy are to strictly follow the precautionary measures advised by medical community and to bring changes in our lifestyles.

He said the people who are not adopting precautionary measures are not only risking their own lives, but also the lives of others with whom they come in contact with.

Asad Umar said district administrations across the country have been directed to take strict action where people flout the rules and SOPs. The Planning Minister the basic aim entrusted to administration is to protect the lives of 210 million people in Pakistan.

He said government wants to help everyone earn their livelihoods, but not at the cost of peril to health of others. He said no one can be allowed to endanger life of others.

The Minister said 884 areas of Pakistan have been under smart lockdown actions with more than 200,000 people impacted due to restrictions.

Asad Umar said second priority of the government is to improve the health services for people. He said work has been done to improve testing systems and now over 22,000 tests are being conducted daily. He said on 26th February when first cases emerged there were only 8 laboratories capable of testing people in the country. Now, this number has increased to dozens. He said the number of ventilators in the country has seen two fold increases in four months.  He said in addition scientific institutions of the country in collaboration with private sector have started producing face masks and protective clothing.

Asad Umar while paying rich tributes to the services of frontline medical staff said government is taking all possible steps to health them dispense their duties.