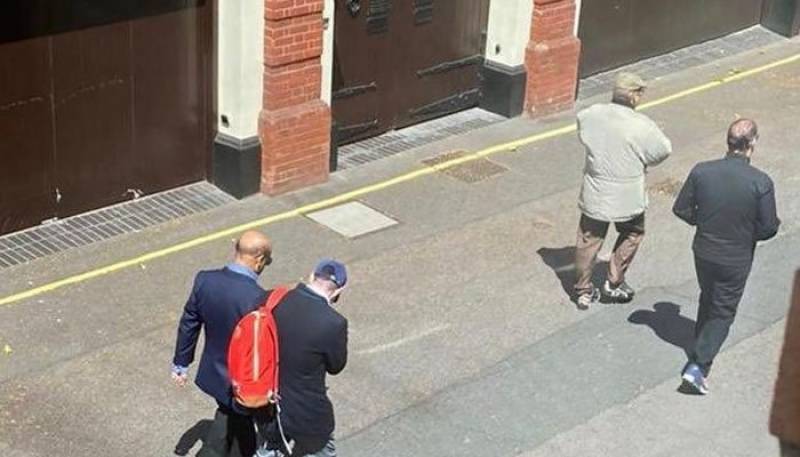 Another photo of former prime minister Nawaz Sharif, this time with his son Hasan Nawaz taking a stroll in London has surfaced online.

The photo shows the PML-N leader taking a stroll with his son in a park. According to sources, doctors have recommended Nawaz take an hour-long walk every day.

Last week a photo link of the PML-N leader enjoying tea with family members outside his son’s office near Hyde Park had gone viral. The photo, seen circulating on social media, showed Nawaz having tea with his grandchildren in the garden of Hasan Nawaz’s Hyde Park Place office.

This was the first time that Nawaz had left his apartment to go out in public after the coronavirus outbreak hit London, a source in the Sharif family had said.

Sources had added, Nawaz took a walk from Park Lane flats to the office — ten minutes away.