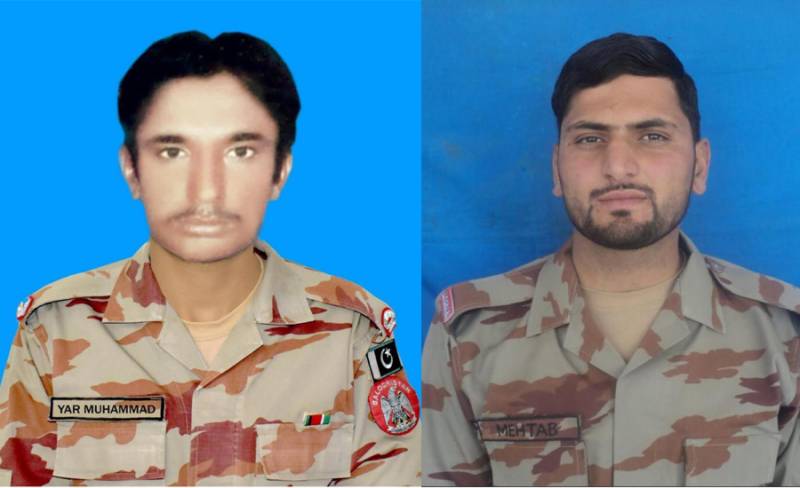 *QUETTA – Two soldiers of the Frontier Constabulary (FC) were martyred in a terrorist attack in Harnai, Balochistan on Thursday.*

According to the ISPR, FC troops were during their patrolling on Eid security duties in Harnai, Balochistan when terrorists attacked them.

Law enforcement agencies have cordoned off the area and launched a search operation.