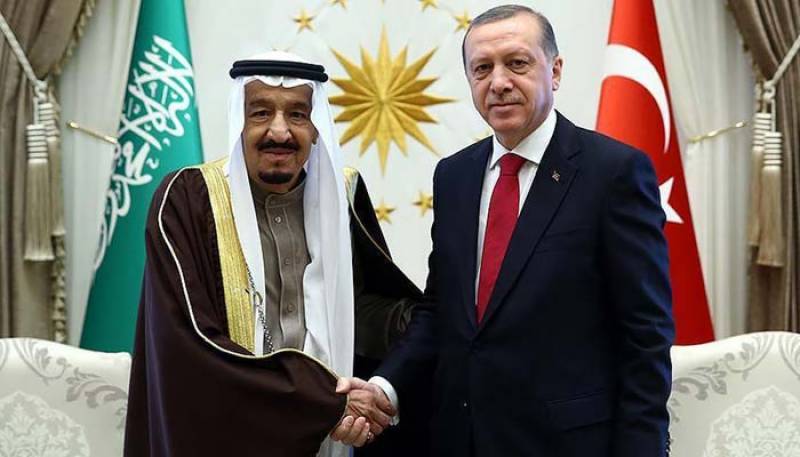 According to Arab News, the Saudi king thanked the Turkish president for the call and greeted him on the occasion.

The phone call comes days after Saudi Arabia hosted the Organisation of Islamic Cooperation (OIC) meeting in the holy city of Makkah, but with the notable absence of the Turkish president from the summit.

Turkey, a regional heavyweight, was instead represented by its Foreign Minister Mevlut Cavusoglu at the meeting of the 57-member bloc of Islamic countries.

Erdogan's visit would have been his first to the kingdom since the brutal murder last October of journalist Jamal Khashoggi in the Saudi consulate in Istanbul.

The OIC meeting was the third and final summit hosted by Saudi Arabia last week, aimed at galvanising support among Arab and Islamic nations against archrival Iran, which has close ties with Turkey.