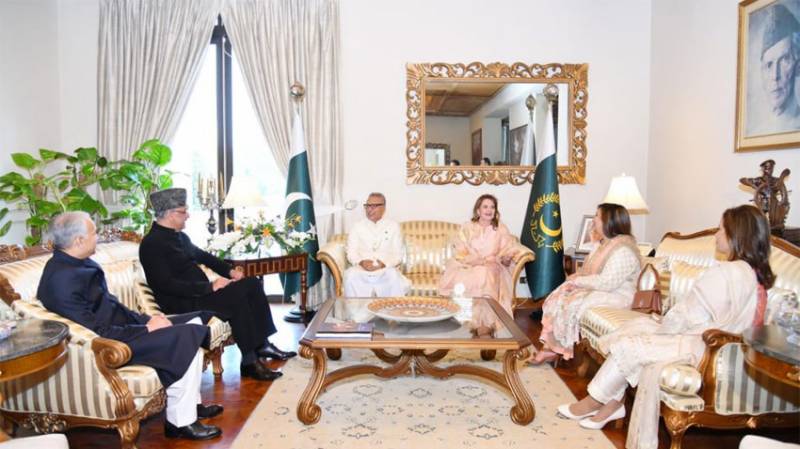 On the occasion, the President wished happy Eid to the defenders of the borders. He lauded the sacrifices of armed forces in the war on terrorism.

People belonging to different strata of society including the ministers, parliamentarians, diplomats and representatives of civil society also called on President Arif Alvi in Islamabad today and exchanged eid greetings.

The President also sent a felicitation message through the Indian high commissioner on the reelection of Narendra Modi as the Indian Prime Minister.

The President hoped his election will prove to be beneficial for the regional peace, stability, economic development and welfare of the people.