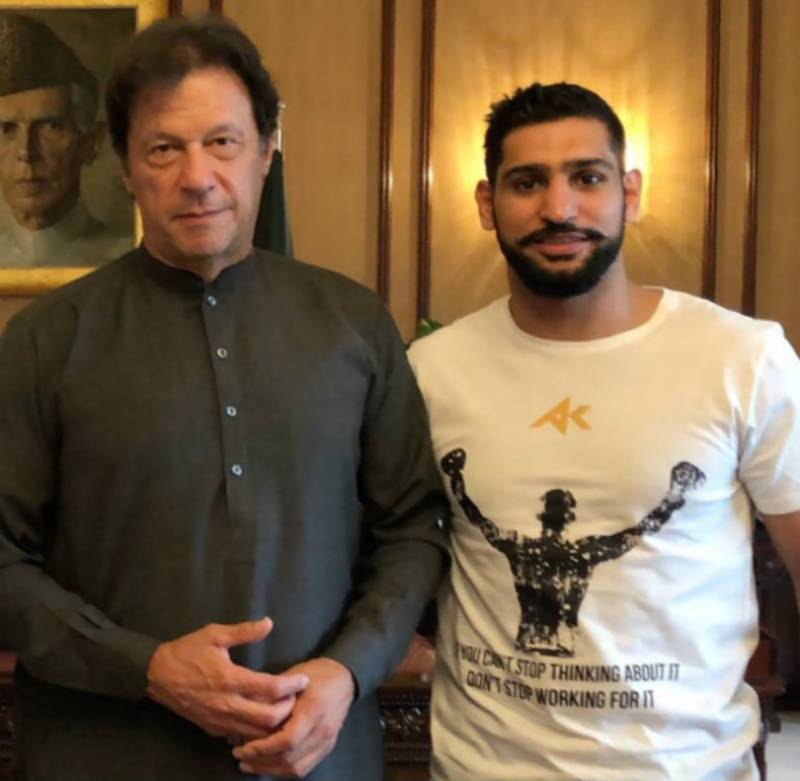 “The prime minister of Pakistan [Imran Khan] will be attending which is huge. It would be amazing if we can get the Prime Minister of England as well. I’m a British Pakistani and it’s great to have that backing from Pakistan,” Khan told reporters in London on Thursday.

The Pakistani premier, a former Cricket World Cup winning captain, will be in attendance with Federal Ministers Fawad Chaudry and Zulfi Bukhari to watch the history making fight between British-Pakistani hero Khan and India star Goyat on July 12, with the specially commissioned World Boxing Council (WBC) Pearl Welterweight Championship on the line.

Khan and Goyat made the third stop of their media tour in London today ahead of their history-making fight. With press conferences in Delhi and Karachi completed, the two fighters came head-to-head in central London at the prestigious Landmark Hotel for their ‘Nations Connect’ showdown.

The fight is officially endorsed by the Saudi General Sports Authority and fits into the Kingdom’s Vision 2030 Strategy, which was launched in April 2016 to rapidly modernise the country that has seen The Kingdom quickly become a major hub for international sporting events.