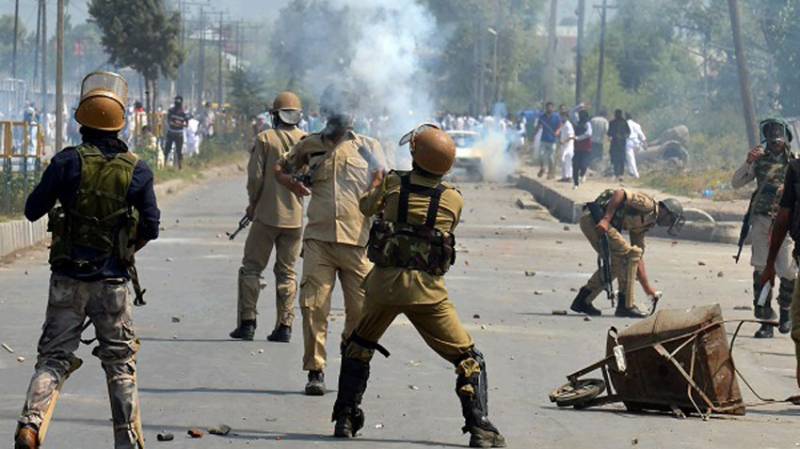 Immediately after Eid prayers, today, people in large numbers took to the streets carrying flags of Pakistan and Azad Kashmir and shouted high-pitched slogans like, Jeevei-Jeevei Pakistan, and We Want Freedom in Srinagar, Islamabad, Shopian, Pulwama, Sopore, Palhalan, Kupwara, Kishtwar and other parts of the occupied territory.

Pakistani flags were hoisted in Srinagar, Kishtawar and other areas of the territory.

The clashes between Indian troops and protesters were going on.

The authorities imposed restrictions in Nowhatta and other areas of downtown in Srinagar.

Meanwhile, Indian troops in their unabated acts of state terrorism martyred thirty-four Kashmiris including a young boy during the holy month of Ramadan.

According to the data issued by the Research Section of Kashmir Media Service, today, of those martyred three were killed in custody.

During the month, 497 people were critically injured due to the firing of pellets, bullets and teargas shells by Indian army, paramilitary and police personnel on peaceful demonstrators in the occupied territory. 137 civilians including a woman were arrested.

The troops molested at least 5 women and damaged and ransacked 39 houses in 303 cordon and search operations during the month of Ramadan.