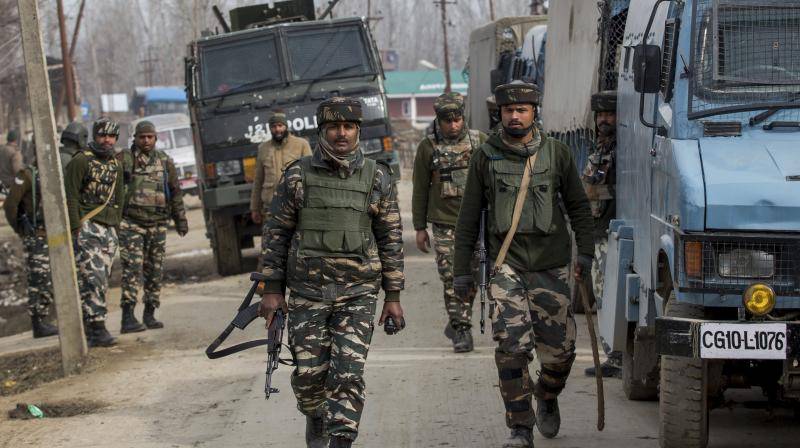 SRINAGAR – India, with 300 companies of paramilitary forces deployed in the name of Lok Sabha election drama, is likely to give nod to deployment of 200 more companies now for annual Amarnath Yatra in Indian occupied Kashmir, beginning July 1st.

According to Kashmir Media Service, the deployment is being made over the demand of Delhi-led rule over occupied Kashmir by Governor Satyapal Malik. These paramilitary companies will have a big chunk from Central Reserve Police Force (CRPF).

The Indian Home Ministry had deployed 300 additional companies of paramilitary forces including Central Reserve Police Force (CRPF), Indo Tibetan Border Police (ITBP) and Sashastra Seema Bal (SSB) in Kashmir in the name of smooth conduct of five-phased elections in the territory, which concluded on May 6.

While these 300 companies are still camping in the occupied territory, the logic behind deployment of another 200 companies is beyond apprehension. The pro-freedom circles are of the opinion that heavy deployment of Indian forces in the territory is aimed at crushing the struggle with military might.

However, they say New Delhi cannot suppress the freedom sentiment in Kashmir no matter it deploys all its regular and paramilitary forces in Kashmir.