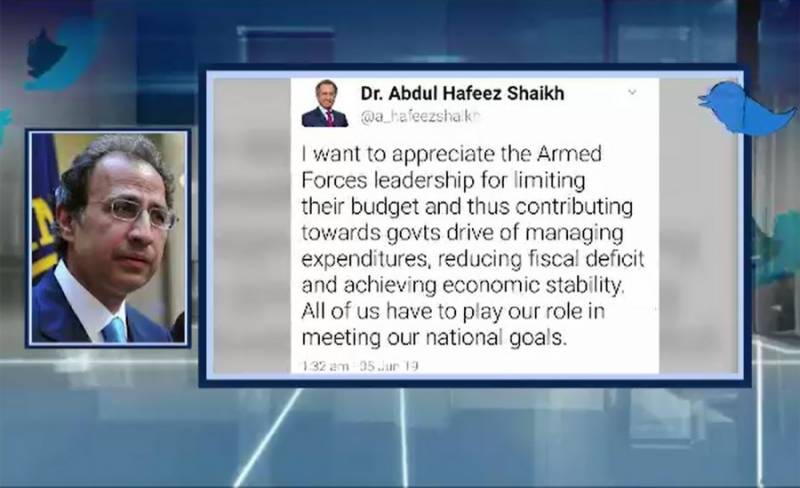 *ISLAMABAD – Adviser to Prime Minister on Finance Hafeez Shaikh has lauded the leadership of the armed forces limiting their budget and contributing towards government’s drive of managing expenditures, reducing fiscal deficit and achieving economic stability.*

In a tweet on Wednesday, he said: “All of us have to play our role in meeting our national goals.”

Pakistani military has announced a cut in the country’s defence budget.

DG ISPR Major General Asif Ghafoor, in a tweet, had stated that the voluntary cuts in the defence budget for the next financial year will not be at the cost of the country’s security.