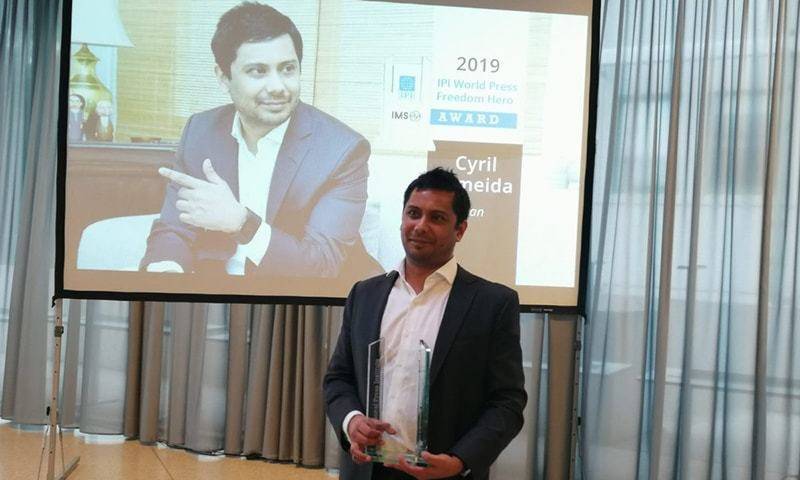 Almeida was honoured in a special ceremony during the annual World Congress and General Assembly of IPI — a global network of editors, media executives and leading journalists in over 100 countries.

"We're proud to award the 2019 IPI World Press Freedom Hero award to Pakistan's Cyril Almeida, a columnist and assistant editor for *Dawn*," IPI shared on its Twitter account, adding: "It's an honour to recognize the courageous journalism done by Cyril and his newspaper."