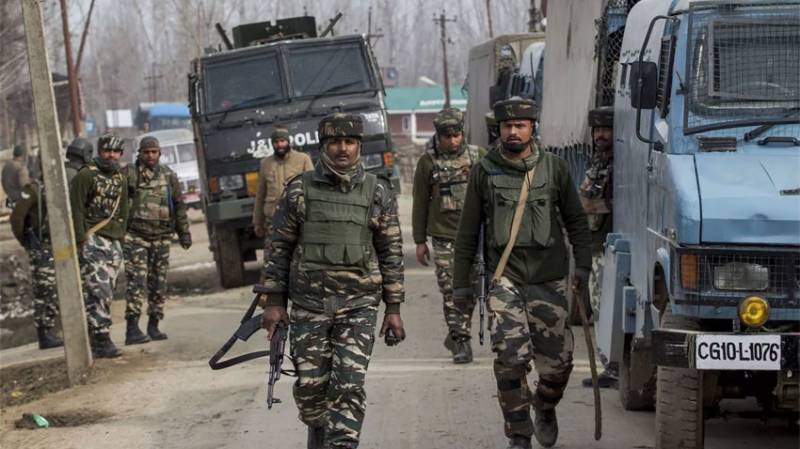 In Occupied Kashmir, intense clashes erupted during a cordon and search operation in Tarigam village of Kulgam district after groups of youth poured into streets and threw rocks on the forces taking part in the operation.

The forces fired pellets and teargas shells on the protesting youth. Several youth were injured in firing by the troops.

The operation, however, was called off as a result of stiff resistance by the local youth.

Meanwhile, thousands of people participated in the funeral prayers of the two martyred youth in their native villages in Kulgam district.

The youth, Firdous Ahmad Butt and Sajjad Ahmad, were martyred when Indian troops opened fire on their vehicle in Moolu Chitragam area of Shopian district, yesterday.