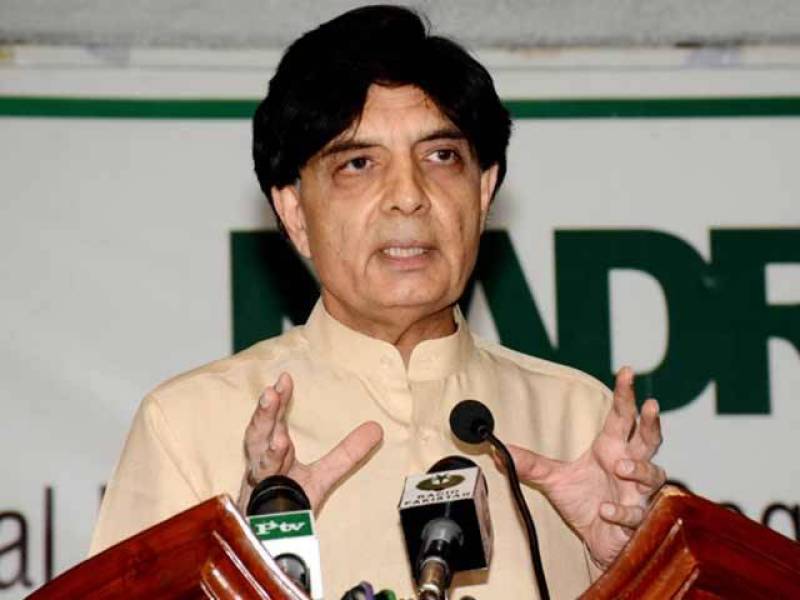 ISLAMABAD: Interior Minister Ch. Nisar made it clear that Indian would not be given consular access to arrested RAW agent Kulbhoshan Yadav because he is foreign spy.

While addressing inauguration ceremony of Safe City Project in Islamabad, Ch. Nisar said that the dream of China Pakistan Economic Corridor Project is turning into reality but few elements are making all efforts to sabotage this project but they would not be allowed to succeed in their nefarious designs.

Ch. Nisar further added that Kulbhoshan Yadav is a RAW spy and he had been given a task to sabotage CPEC and create destabilization in Pakistan so Pakistani authorities have decided not to give India consular access to arrested Yadav.

Advance technology is being utilized to combat against the scourge of terrorism while several roads have been restored by government due to threat of terrorism, Nisar pointed out stating that Pakistani government is determined to end the menace of terrorism.

Nisar highlighted that further checkpoints in Islamabad would be reduced after monitoring Safe City Project till 6 months.