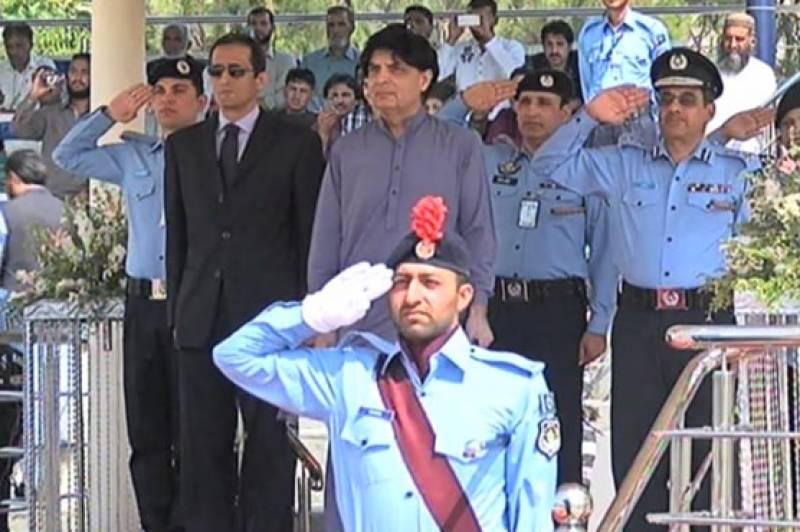 ISLAMABAD: While vowing to make Islamabad crime free city, Interior Minister Ch. Nisar said that to maintain law and order situation of country is the priority of government and all concrete measures are being taken by government in this regard.

As per details, Islamabad Police passing out parade was held here at today at Police Line Headquarters Islamabad while Interior Minister Ch. Nisar was chief guest of the ceremony.

Addressing the passing out parade, he said that acts of terrorism have reduced due to the efforts of government while government is making all possible efforts to further improve the security situation of country.

Talking about media role, he pointed out that media is an important institution of society so it should positively criticize government instead of confrontation.

Keys of 170 vehicles that were given by Chinese government have also been distributed among Islamabad Police and LEAs while Ch. Nisar also handed over water cannon to Islamabad Police.

At the end of the ceremony, shields and certificates were distributed among passed out recruits.