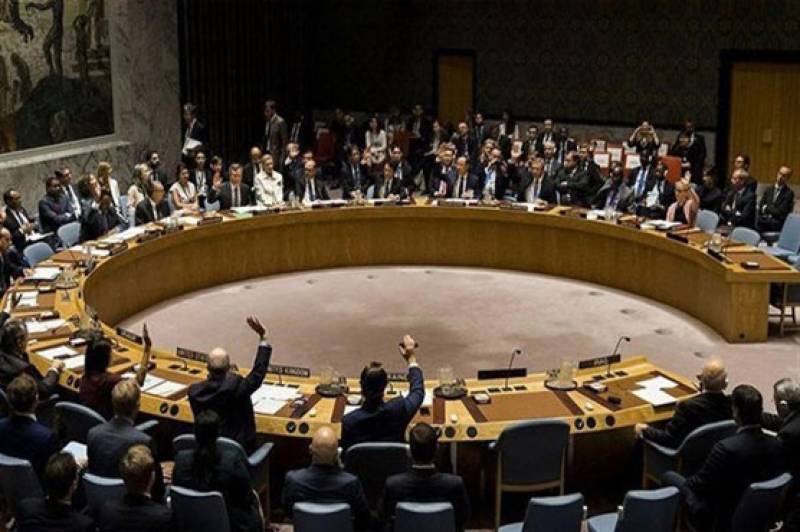 UNITED NATIONS - The UN Security Council said Thursday that "all parties" should work toward a political solution for Yemen, and repeated a call for the key port of Hodeida to remain open.

The statements came after UN envoy Martin Griffiths updated the Security Council via a video link from the region.

Members "reaffirmed their unequivocal support for the efforts of the special envoy, and encouraged all parties to engage constructively with his efforts to progress a political solution," the Security Council said in a statement.

They also "reaffirmed that a political solution remains the only way to end the conflict," the statement added.

The Security Council said it recognized the importance of the ports of Hodeida and Saleef, and reiterated a call for these to be kept open.

Rebel-held Hodeida, whose port operations could eventually be overseen by the UN, has recently been the target of a government offensive backed by a Saudi-led Arab coalition that includes the United Arab Emirates.

The UAE said Sunday it had halted the offensive to give a chance to UN diplomatic efforts.

Hodeida port is the entry point for some 70 percent of imports to Yemen, where eight million people face imminent famine, and provides a lifeline for the 22 million Yemenis dependent on humanitarian aid.

Griffiths said Wednesday he had held "fruitful" talks with rebel leader Abdulmalik al-Huthi in his bid to avert all-out fighting for the strategic port city of Hodeida.

Hodeida is the latest battleground in the Yemeni conflict, which has killed nearly 10,000 people since 2015, 2,200 of them children. - APP/AFP