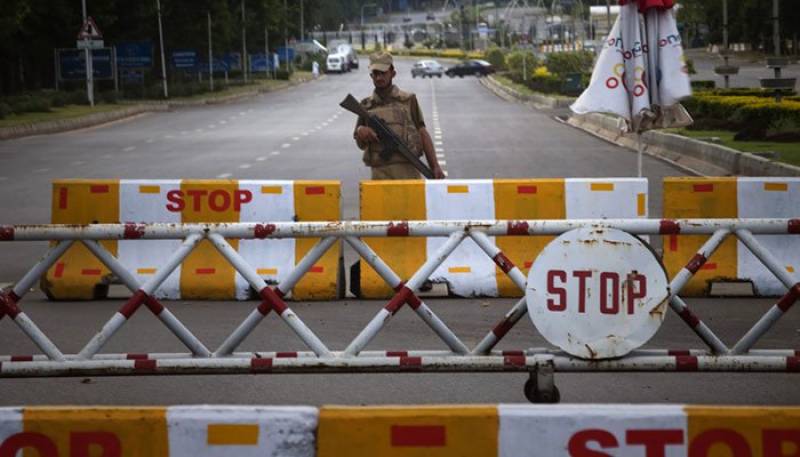 A three-judge bench, headed by Chief Justice of Pakistan (CJP) Mian Saqib Nisar and comprising Justice Umar Ata Bandiyal and Justice Ijazul Ahsan, resumed the hearing of a petition filed by the Ministry of Defence against an Islamabad High Court (IHC) decision directing authorities to remove barricades in front of the security agency’s HQ.

“Intelligence agency is equipped with resources to move the barricades within a month,” Justice Nisar remarked.

The CJP further said that the court can’t grant more than four weeks to clear the street as the top court cannot maintain different standards for the ISI and general public.

“The intelligence agency could not be given liberty to act on their own,” he further observed.

At the last hearing on Wednesday, the top court had suspended an earlier IHC directive to the ISI to clear the roadblocks on Khayaban-i-Suharwardy within a week, directing the country’s top spy agency to specify a date by which it would remove the blockades from the main road in front of its headquarters at Aabpara Chowk in the federal capital.