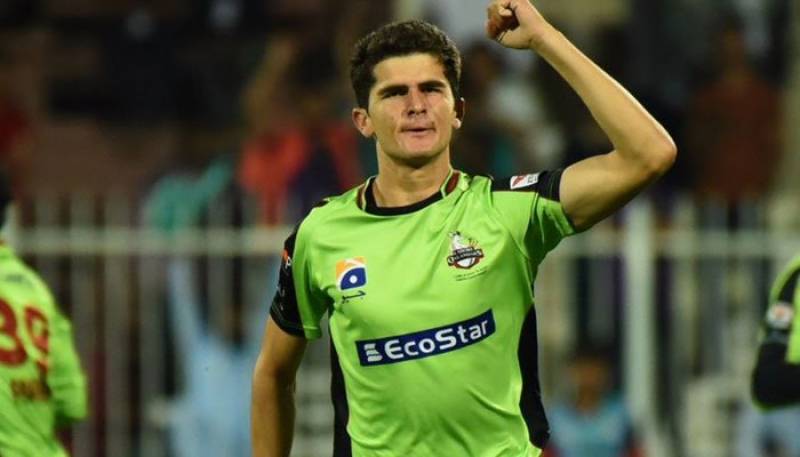 KARACHI: Left-arm quick Shaheen Shah Afridi revelled in his first international wickets for Pakistan, braving winter temperatures that dipped as low as 13°C to take the wickets of Aaron Finch, Glenn Maxwell and D’Arcy Short during his team’s 45-run win over Australia in Harare on Thursday.

“This is by far the coldest day of cricket I’ve ever played,” said Afridi, who found his way into Pakistan’s T20I squad after turning heads with some remarkable performances in the Pakistan Super League, played today in place of the rested Hasan Ali, and now has found his way into the wickets column.

With the ball hooping through the air and jagging off the pitch, Afridi found the inside edge of Finch’s bat and then beat Maxwell with one that dipped and curved into his pads. “Since yesterday I’ve been planning on getting these two wickets and trying to work out how to get them out early,” said Afridi. He also added the dismissal of Short, flattening the left-hander’s leg stump as Australia’s chase completely lost its way.

With the rest of the attack also chipping in with wickets and the match never out of Pakistan’s control, this was a far improved performance and Afridi said that captain Sarfraz Ahmed – who had some harsh words for his team despite their win yesterday – was much happier with them. “He’s definitely happy with the bowling attack today,” said Afridi. “He’s the captain, and sometimes that happens when he’s unhappy, but today he was much happier with our performance.”

Where Australia had gone for the aggressive tactic of banging the ball in short this morning, Pakistan’s attack pitched it up more often than not to utilize the swing and seam on offer. “I think they didn’t take advantage of the pitch,” said Afridi. “The ball was seaming around a lot, and that’s why we pitched it up.” At just 18, Afridi is at the very beginning of his professional sporting career but his performances to date have already drawn comparisons to a young Mitchell Starc from Pakistan coach Mickey Arthur.

He took 8 for 39 in his first ever Quaid-e-Azam Trophy match – the best ever by a Pakistani on first-class debut, and then claimed the best ever figures in PSL history with his 5 for 4 against the Multan Sultans earlier this year. During the same tournament, he shrugged off being hit for six by Shahid Afridi (his namesake, but no direct relation) to knock the T20 legend’s stumps down with his very next ball.

It is no wonder, then, that he seems to have taken very easily to international cricket. “Shahid Afridi is a very big name, not just in our country but globally,” he said. “He hit me for six first ball in the PSL, but with the next one I got him out. I was very happy about that. After PSL, I don’t think any international match is tough for me. After that, I’m calm playing international cricket.”